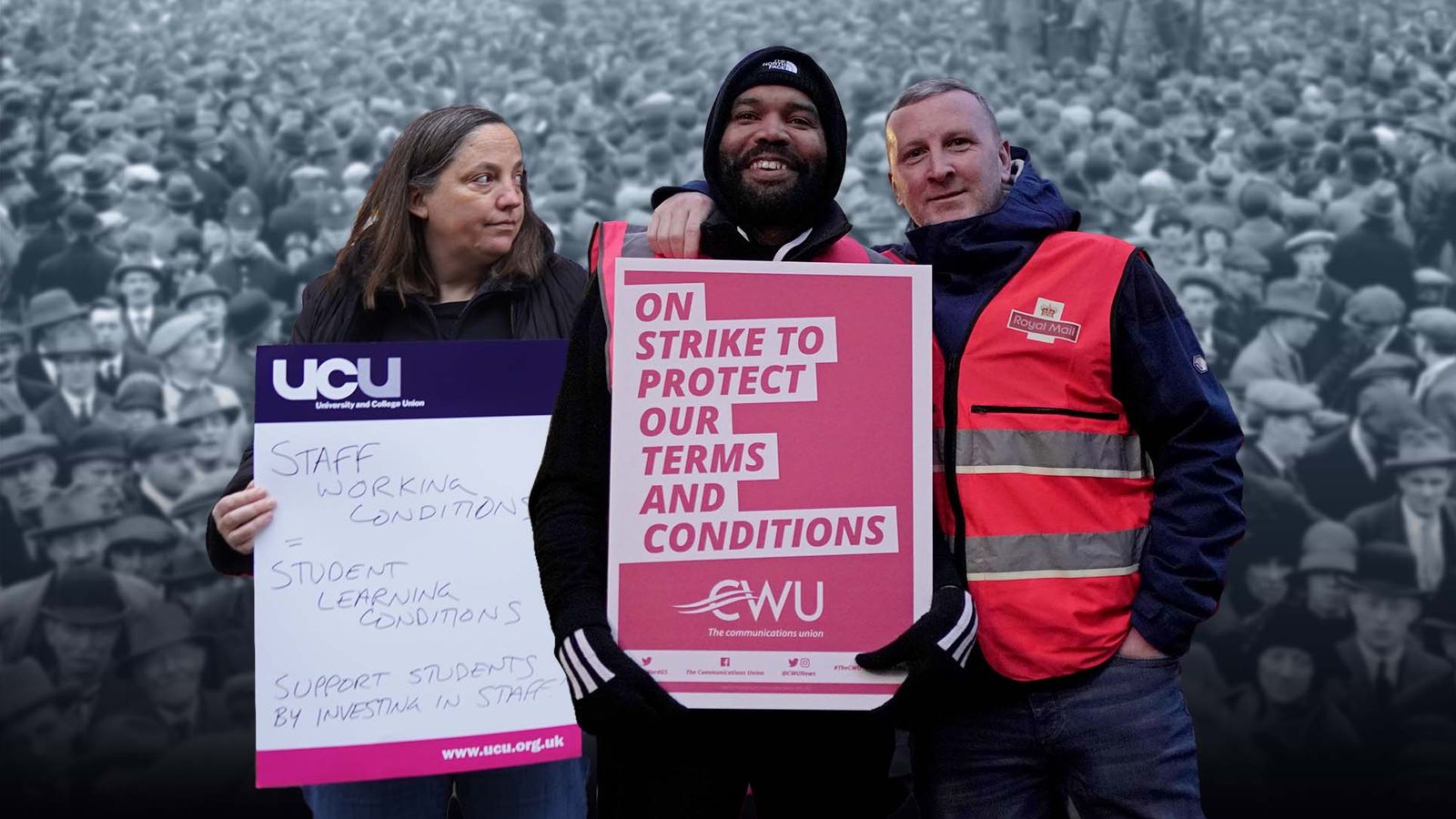 At this year’s Trade Union Congress (TUC), union leaders representing 5.5 million members called for “a special working group of willing unions which would organize coordinated action over pay and terms and conditions where possible with all TUC unions, including further demonstrations, national and regional rallies, and coordinated industrial action where possible”.

Mick Lynch, who is currently leading the highest profile strike by railway workersdeclared: “I would support a general strike and coordinated action.”

Asked on Sky News about a general strikeSharon Graham, general secretary of UNITE – one of the biggest unions – told Sophy Ridge: “If there are a number of strikes happening at the same time, people can call it what they like, quite frankly.”

Heading into this winter, the UK is facing its biggest wave of strikes for at least a decade, involving action by more than a million workers in the public sector led by the major trade unions.

Do these powerful calls for “synchronised action” mean the UK will soon plunge into a “general strike” to match the historic General Strike which took place just under a century ago in May 1926?

Only the general council of the TUC can call a general strike, and union bosses sit on the council.

Yet for all the rhetoric so far, there is considerable practical reluctance to escalate industrial actions in multiple sectors in what would turn into a formal confrontation with the government. 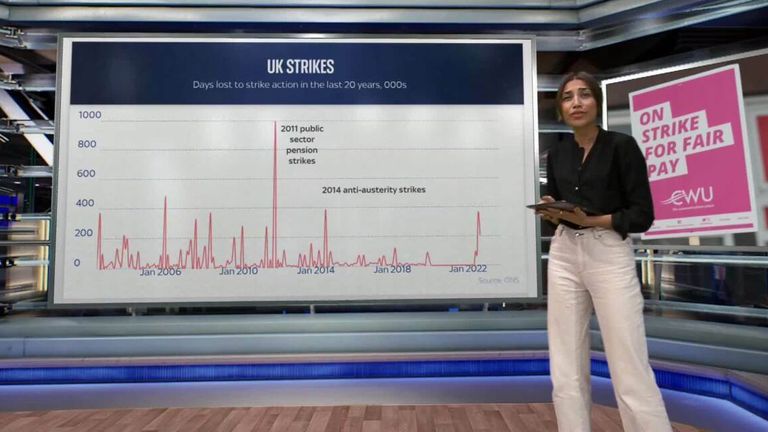 UK strikes: What does the data show?

From nurses to teachers: The year in strikes

Some 560,00 working days were lost in August and September – almost twice the total for whole years recently – and industrial actions are mounting.

In pursuit of their pay-claim, 40,000 members of the RMT union have announced more one-day strikes over the Christmas period on 13, 14, 16 and 17 of December, and 3, 4, 6, and 7 January 2023. There will also be an overtime ban in the weeks in between. Train drivers in ASLEF plan strikes for other days.

For the first time ever and following a yes vote in a ballot, the Royal College of Nursing is announcing strike days by more than 300,000 nurses. And 400,000 NHS workers in UNISON are currently voting on strike action, with the result due in January.

Christina McAnea, the general secretary of UNISON, said recently: “Co-ordinated action unites us, and we have a single goal: end this pay crisis in this country.”

• The Royal College of Midwives is also consulting its members. So are the junior doctors in the British Medical Association (BMA)

• 70,000 in the University and College Lecturers union (ULU) walked out this week

• 115,000 postal workers in the Communications workers union are continuing strikes from November into December

• 400,000 teachers and support staff in the NASUWT – National Education Union (NEU) are holding a strike ballot, with the result due in the new year. The separate Scottish teachers’ union is already taking action

• 100,000 civil servants in the Public and Commercial Services Union (PCS) have voted heavily for industrial action

• There are also disputes involving airline ground staff in the GMB, some dockworkers, London bus drivers, BT and Outreach staff amongst others

Read more:
Keep track of all this winter’s strikes These disputes all have the same root cause: UK inflation is now running at 11%.

The unions want above inflation pay awards to combat the cost of living crisis. Already, they point out, their members’ earnings have declined in real terms, and are now worth what they were in 2008.

Fourteen years is the longest period of wage stagnation in modern times. If they were to catch up in real terms, pay awards would have to be 15% or more.

Workers in the private sector are currently settling for below-inflation increases averaging around 6%, but many public sector employers have yet to match that with their offers.

Secondary complaints by the unions include protests at what they regard as the privatization of public services and proposed changes in working practices which, they believe, would adversely impact conditions for those involved. 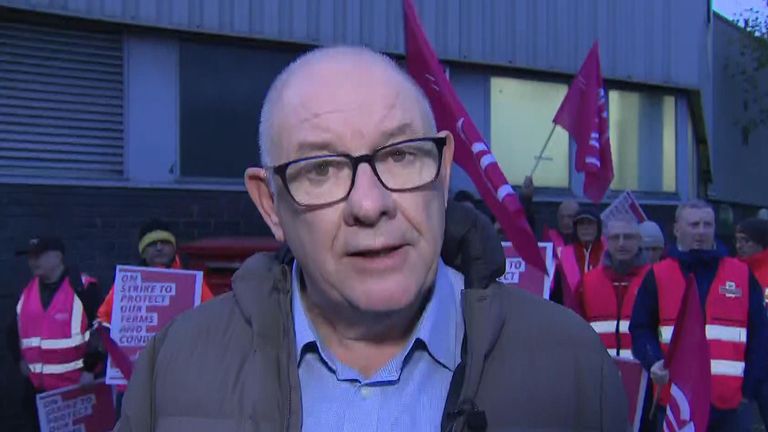 What history tells us about general strikes

Demands for more pay to avoid falling behind and against poorer working conditions were also central grievances in the 1926 General Strike, although in a much stronger form.

Then, 1.2 million miners in the privately owned (but strategically vital and government monitored) coal industry were locked out after opposing wage reductions and worse contracts. Eventually, negotiations between the unions, employers and outside advisors broke down.

Rail, transport, printing, dock and iron and steelworkers joined the General Strike in support of the miners’ claim of “not a penny off the pay, not a minute on the day”.

At its height, some 1.75 million workers were striking.

The Conservative government led by Stanley Baldwin was well-prepared for the strike. Special constables to ensure “the maintenance of supplies” had been recruited, although the proposal of then-chancellor Winston Churchill to deploy armed troops was rejected.

After nine days, the TUC General Council called off the General Strike. The miners lost and had to accept longer hours and lower wages.

The coal industry continued the decline, which would run all the way through full nationalization to the Miners’ Strike of 1984-1985 during Mrs. Thatcher’s premiership.

Historians say the General Strike has to be seen in the context of genuine fears of revolution in the wake of the communist take-over of Russia a few years previously. The Labor Party was only just establishing itself as a party of government and then, as now, it did not fully support the strikes.

This has not stopped Rishi Sunak repeatedly demanding that Sir Keir Starmer should tell Labour’s “union paymasters” to call off the strikes.

In practice, Sunak’s government seems to be taking a less confrontational approach than his immediate predecessors.

Transport Secretary Mark Harper readily agreed to meet with the RMT. Mick Lynch described their encounter as “positive” although he said he was no closer to calling off the Christmas strikes.

Society is much less polarized about the strikes now than it was in 1926. The Conservative government may have changed the law to allow railway companies to bring in agency workers to keep services running, but they have so far declined to do so, even if such substitute workers were readily available.

There was no NHS in 1926. The centrality of public health workers in the current disputes has increased public sympathy. After a rolling dispute with health workers back in 1982, Mrs Thatcher won re-election and then gave the nurses an annual pay award of up to 14%.

In polls, around 60% support the current strikes, with between 24% and 33% opposing them. But less than half agree that pay awards should be as big as the unions are asking for.

The RMT risks losing public sympathy with its strikes disrupting the Christmas festivities, including “Black Eye Friday”, the biggest day for office and work parties.

After two Christmases wiped out by COVID, the hospitality industry in London alone reckons the disruption will cost it some £300m, with an estimated national bill of £1.2bn. The media-savvy Mick Lynch has been forced to deny he is a “Grinch” on national TV.

More from Adam Boulton:
Lessons to be learned from strikes past and present
Next two years will reveal if Sunak is a safe pair of hands
US midterms an unreliable way of predicting the next president

In these straightened times, the UK is by no means the only country being hit by waves of industrial protests. South Korea, Bolivia, Portugal, Greece, Italy, and France have all recently been hit by national waves of cost-of-living strikes.

The US Congress passed a law to block a planned railway strike.

Yet the membership of organized trade unions is in decline. The unions lost the General Strike of 1926. Since then, most governments have taken steps to weaken the effectiveness of mass action.

In this country, most citizens and workers are caught in the middle and suffer the consequences without being directly involved.

A class confrontation or coordinated “uprising”, along the lines hoped for by Mick Lynch, is unlikely.

Instead, continued widespread and sporadic disruption are near-certainties in the coming months. Individual disputes will eventually be settled above what employers and the government say they can afford, but below what the strikers are asking for.