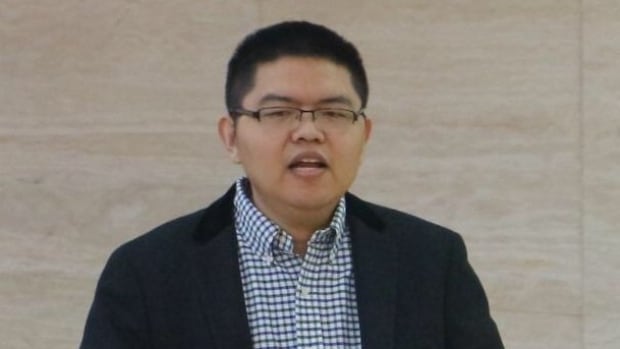 A former employee of Quebec’s electricity utility who is charged with economic espionage for the benefit of China denied on Thursday that he was a flight risk and said he wanted to stay in Canada to fight the charges.

“I want to stay here to clear my name,” Yuesheng Wang told the court during the second day of a bail hearing at the courthouse in Longueuil, Que., south of Montreal. He told the court that defending his reputation was very important to him.

The 35-year-old has been detained since his Nov. 14 arrested by the RCMP. Federal prosecutors oppose his release because they fear he will flee the country.

Wang, a resident of Candiac, Que., south of Montreal, is the first person to be charged with economic espionage under Canada’s Security of Information Act, and he also faces three charges under the Criminal Code for fraudulent use of a computer, fraudulently obtaining a trade secret and breach of trust.

The RCMP alleges that the former Hydro-Québec employee gave information about the public corporation to a Chinese university and Chinese research centers and that he published scientific articles and filed patents with them rather than with the public utility.

Until he was fired earlier this month, Wang was a researcher who worked on battery materials with the utility’s Center of Excellence in Transportation Electrification and Energy Storage, known as CETEES. The center develops technology for electric vehicles and energy-storage systems.

Since Wednesday, the court has heard some of the evidence gathered in the course of the RCMP investigation. Wang’s lawyer, Gary Martin, has not sought a publication ban on any of the evidence.

“For many reasons, he feels he’s being charged unfairly, and the recriminations made against him, what they say or allege against him, isn’t truthful,” Martin said outside the courtroom. “He’s entitled to fight back.”

Wang is alleged to have used his Hydro-Québec email account to transfer to his personal email address confidential documents and unauthorized photos of the lab he worked in southeast of Montreal.

Insp. David Beaudoin, from the RCMP’s Integrated National Security Enforcement team, gives an update on the charges against Yuesheng Wang.

He told the court that the information he is alleged to have sent was not secret and was “open source.”

He said he took photos using his cellphone of the lab, but he said he did so to show security flaws to his colleagues. He admitted, however, to seeing signs in the lab forbidding photography.

Wang, a Chinese national on a work visa for his job with the Quebec utility, put up his suburban Montreal home and a downtown condominium as assurance he would remain in Canada. He has no family in the country and a limited social life that includes work and a hiking group, he said.

His girlfriend of just under two years, Ayun Feng Zheng, told the court she would act as a surety to ensure Wang abides by the court’s conditions, should he be released. But she said she had no money to offer.

“I truly believe he will stay to prove he didn’t do those things,” she told the court.

“His academic achievement is something he’s really proud of and also cares about a lot, to continue his beloved academic work, I think he will stay in order to clear his name and get fair treatment from Hydro-Québec and this country.”

Quebec court Judge Marco LaBrie said he will rule on bail and release on Monday.