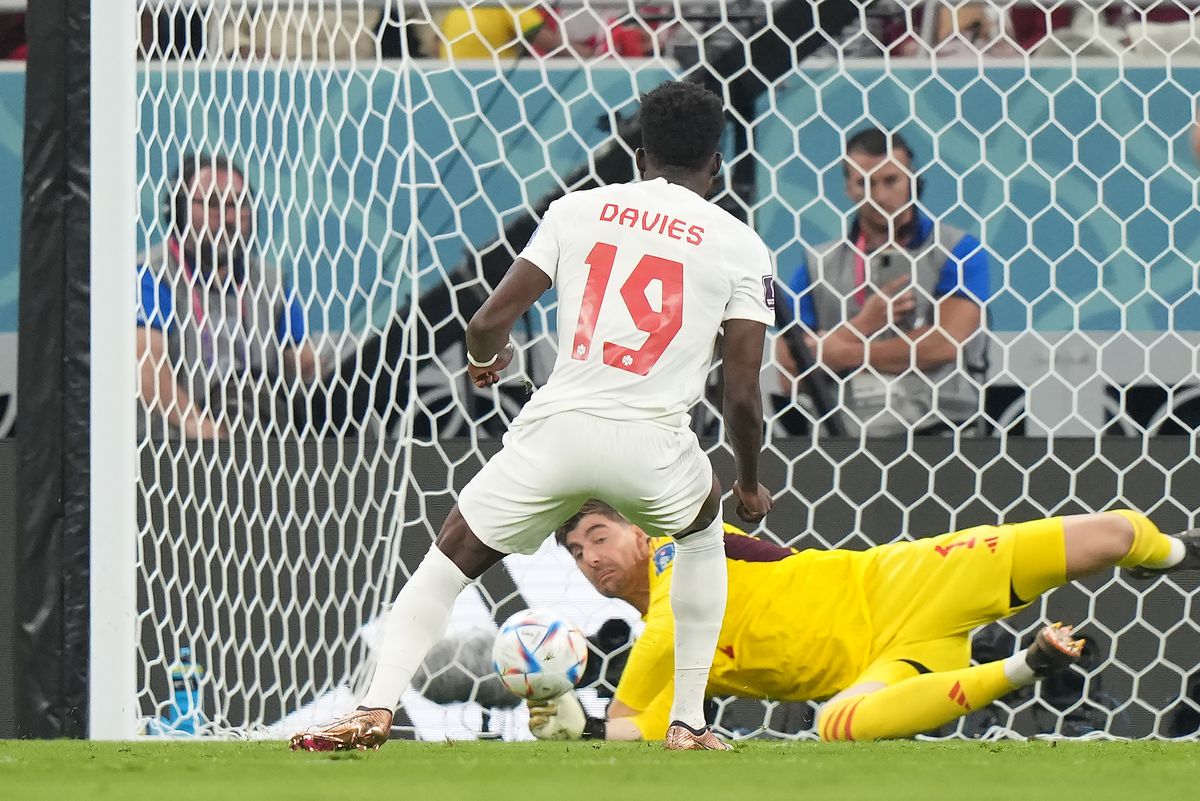 When Canada was awarded a penalty early in its game against Belgium, there was no directive on who should take it. Coach John Herdman leaves that decision to his players.

“I don’t think it was a discussion,” Hutchinson said on Thursday. “It was more, ‘Are you okay to take it?’ Fonzie had the ball in his hand. He was obviously ready for that moment.”

Maybe “willing” is a better word than “ready.”

Canada’s defeat by No. 2-ranked Belgium was no soft surrender. The better team lost

When he got his chance, Davies knocked the ball into the outstretched Belgian keeper Thibaut Courtois. It was more a case of ball-hitting-man than man-intercepting-ball.

A good penalty shot is hit hard and aimed at either post. A perfect penalty is also hit high.

Davies’s shot was low, middle-middle and not struck particularly well. All Courtois had to do was guess right, and he did.

Depending on how this tournament goes for Canada, that may be its pivotal moment.

Was the right decision made?

David is the more experienced penalty taker. He’s sunk nine of the 12 he’s taken in his career. That 75-percent conversion ratio is very good.

(Cristiano Ronaldo, the acknowledged master of the art, has made 145 and missed 29. That’s an 83-per-cent success rate.)

Before yesterday, Davies had taken – and made – two penalties, both for Canada, in his top-flight career.

So inexperience won out (a running theme for Canada against Belgium).

We asked Matt Miller-Dicks, a health and exercise scientist at the University of Portsmouth, for his thoughts. Miller-Dicks has done scholarly research on soccer penalties.

“Evaluating Alphonso Davies’s penalty depends a lot on how he had been practicing penalty kicks,” Miller-Dicks said in an e-mail.

That’s difficult to know because Davies hasn’t spoken publicly since he missed that shot. Maybe he had been practicing penalties with new attention. Maybe he didn’t. And if he had, who’s to say what precise way he practiced, or under what conditions?

He also took the same line Herdman took after the game – highlighting the other half of the penalty equation.

“The fact that one of the best goalkeepers in the world – Thibaut Courtois – saved the penalty could also suggest that it was excellent goalkeeping.”

Miller-Dicks did spot one area for improvement – ​​Davies’s approach to the ball. The Canadian ran straight at it.

“There did not appear to be any overt attempt to try and deceive the kick direction. Research indicates that it is more difficult for the goalkeeper to anticipate kick direction if the penalty taker is using deception.”

This might include altering the body angle or including a stutter step. Good penalty takers are able to lean one way and fire another. Davies didn’t do any of that. Courtois was already going to his right before Davies turned the ball that way, suggesting he’d tipped his shot.

“If the strategy/technique had always been successful for him before, then you wouldn’t recommend he change,” Miller-Dicks said.

That’s the thing – Davies has no real track record of taking penalty kicks. There is nothing he should or shouldn’t keep doing.

If Hutchinson’s reading of the situation is correct, this sounds like a case of Canada’s best player taking the initiative based on a feeling alone.

If Davies had made it, we’d be talking about the brilliance of his hunch.

Instead, we are left wondering if he’d have been better off ceding the moment to a more experienced teammate.