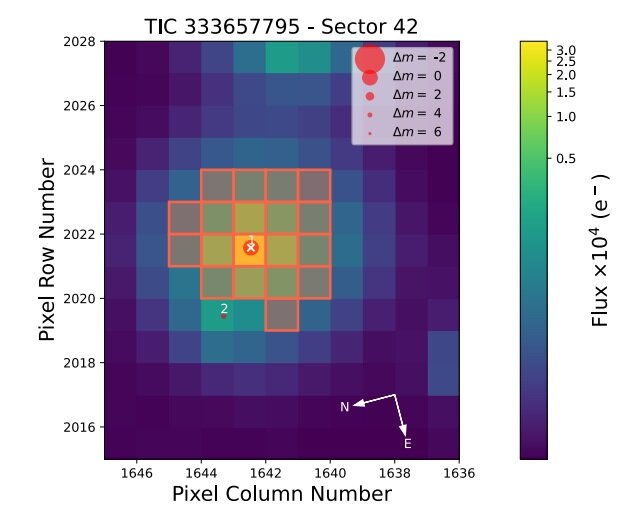 Using NASA’s Transiting Exoplanet Survey Satellite (TESS), an international team of astronomers has detected a new ultra-short-period exoplanet. The newly found alien world, designated HD 20329 b, orbits its host star in slightly less than one day. The finding was presented on November 4 on arXiv.org.

TESS is conducting a survey of about 200,000 of the brightest stars near the sun with the aim of searching for transiting exoplanets. So far, it has identified nearly 6,000 candidate exoplanets (TESS Objects of Interest, or TOI), of which 268 have been confirmed so far.

Now, a group of astronomers led by Felipe Murgas of the University of La Laguna, Spain, has recently confirmed another TOI monitored by TESS. In a recently published research paper, they report that a transit signal has been identified in the light curve of the solar-type star HD 20329 (or TOI-4524). The planetary nature of this signal was confirmed by follow-up radial velocity measurements taken with the HARPS-N spectrograph.

Therefore, HD 20329 b is the latest addition to the list of about 120 known ultra-short-period exoplanets, joining about 30 USPs with radius and Doppler mass measurements. The authors of the paper do not exclude the possibility that there are more objects in the HD 20329 system, but further observations are required in order to confirm this.

“We note that after subtracting the planetary signal of the USP planet from the RV [radial velocity] measurements, the RV residuals present a slope that might indicate the presence of an additional low-mass object orbiting HD 20329,” the researchers wrote.

They added that the emission spectroscopy metric for HD 20329 b indicates that this planet presents favorable conditions for secondary transit follow-up with NASA’s James Webb Space Telescope (JWST).

When it comes to the parameters of the host star HD 20329, the study revealed that it has a radius of about 1.13 solar radii and is some 10 percent less massive than the sun. The star is 11 billion years old, has a metallicity at a level of -0.07, and its effective temperature was measured to be 5,596 K. The distance to the system is estimated to be approximately 207.6 light years.