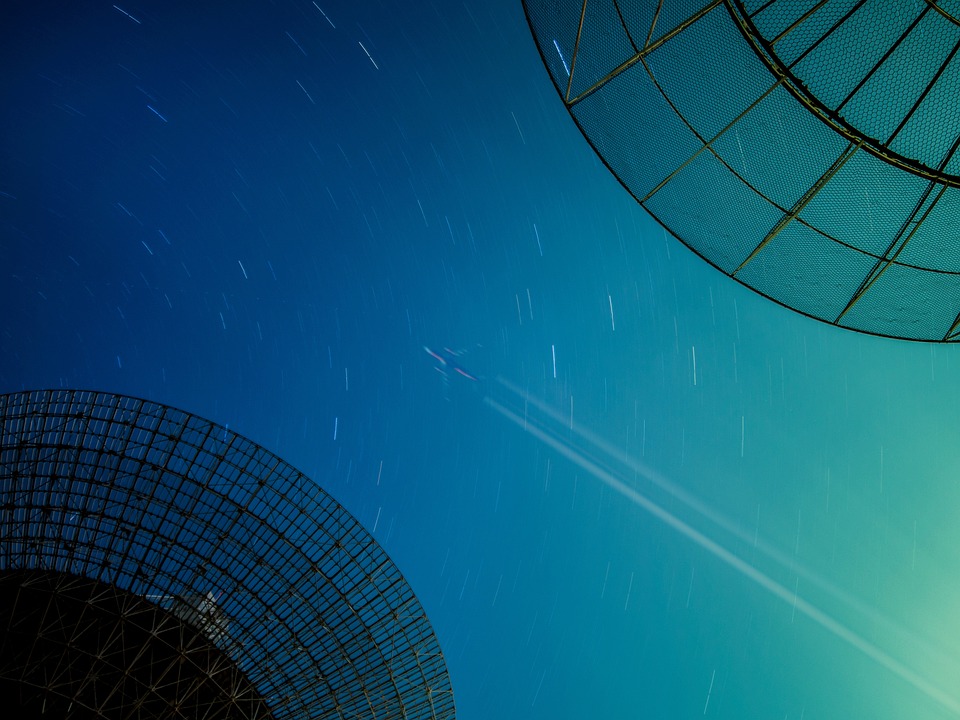 An international team of astronomers have turned a new technique onto a group of galaxies and the faint light between them – known as ‘intra-group light’ – to characterize the stars that dwell there.

Lead author of the study published in MNRAS, Dr Cristina Martínez-Lombilla from the School of Physics at UNSW Science, said “We know almost nothing about intra-group light.

“The brightest parts of the intra-group light are ~50 times fainter than the darkest night sky on Earth. It is extremely hard to detect, even with the largest telescopes on Earth – or in space.”

“We analyzed the properties of the intra-group stars – those stray stars between the galaxy groups. We looked at the age and abundance of the elements that composed them and then we compared those features with the stars still belonging to galaxy groups,” Dr. Martínez-Lombilla said.

“We found that the intra-group light is younger and less metal-rich than the surrounding galaxies.”

Rebuilding the story of intra-group light

Not only were the orphan stars in the intra-group light ‘anachronistic’ but they appeared to be of a different origin to their closest neighbors. The researchers found the character of the intra-group stars appeared similar to the nebulous ‘tail’ of a further away galaxy.

The combination of these clues allowed the researchers to rebuild the history – the story – of the intra-group light and how its stars came to be gathered in their own stellar orphanage.

“We think these individual stars were at some points stripped from their home galaxies and now they float freely, following the gravity of the group,” said Dr. Martínez-Lombilla. “The stripping, called tidal stripping, is caused by the passage of massive satellite galaxies – similar to the Milky Way – that pull stars in their wake.”

This is the first time the intra-group light of these galaxies has been observed.

“Unveiling the quantity and origin of the intra-group light provides a fossil record of all the interactions a group of galaxies has undergone and provides a holistic view of the system’s interaction history,” Dr. Martínez-Lombilla said.

“Also, these events occurred a long time ago. The galaxies [we’re looking at] are so far away, that we’re observing them as they were 2.5 billion years ago. That is how long it takes for their light to reach us.”

By observing events from a long time ago, in galaxies so far away, the researchers are contributing vital data points to the slow-burning evolution of cosmic events.

The researchers pioneered a unique technique to achieve this penetrating view.

“We have developed a tailored image treatment procedure that allows us to analyze the faintest structures in the Universe,” said Dr. Martínez-Lombilla.

“It follows the standard steps for the study of faint structures in astronomical images – which implies 2D modeling and the removal of all light except that coming from the intra-group light. This includes all the bright stars in the images, the galaxies obscuring the intra-group light and a subtraction of the continuum emission from the sky.

“What makes our technique different is that it is fully Python-based so it is very modular and easily applicable to different sets of data from different telescopes rather than being just useful for these images.

“The most important outcome is that when studying very faint structures around galaxies, every step in the process counts and every undesirable light should be accounted for and removed. Otherwise, your measurements will be wrong.

The techniques presented in this study are a pilot, encouraging future analyzes of intra-group light, Dr. Martínez-Lombilla said.

“This is key work for preparing the next generation of deep all-sky surveys such as those to be performed with the Euclid space telescope and the LSST with the Vera C. Rubin Observatory.”