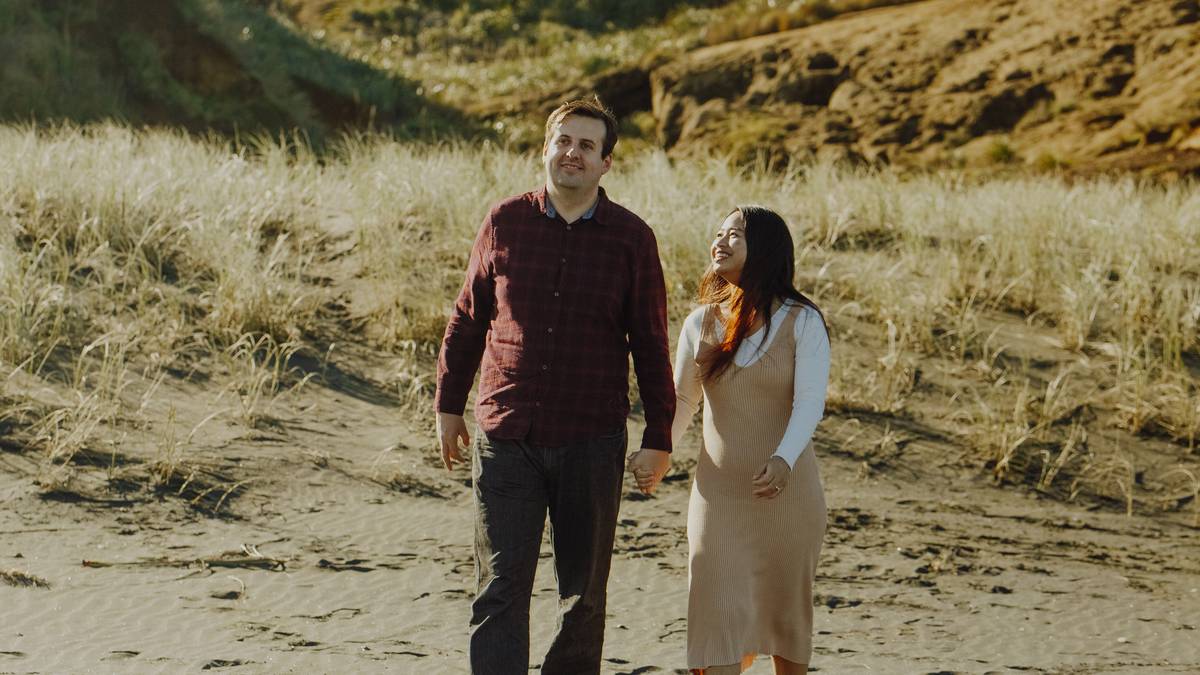 The bride-to-be endured every traveler’s nightmare when she was turned away from her flight due to a booking error. Photo / Supplied

Flight Center has apologized to a bride and her fiance after a human error meant she was denied boarding to a flight taking her to the couple’s wedding destination.

When Matthew Sampson noticed his fiance’s first name was misspelled on a Flight Center booking document on November 22, he thought there was ample time to correct it.

It was 10.30am and Nawaporn Thamaphan’s Qantas flight didn’t depart Auckland International Airport until 6am the following day. Originally from Thailand, Thamaphan would reunite with family she hadn’t seen in three years and finalize plans for the couple’s wedding, which is due to take place on January 21 in Lampang.

At first, things looked promising. After calling Flight Centre’s emergency line, the couple were told the issue would be taken care of, and the documents would be corrected from ‘Nawatporn’.

When asked about the issue, a Flight Center spokesperson confirmed it had been “a human error when uploading the booking”.

Flight Center was very apologetic and attentive and provided regular updates throughout the day, Sampson said. Around 9pm the night before departure, Flight Center emailed to say it had corrected the name, and Qantas agreed to reissue a ticket, which they said would be sent through in 30 minutes.

However, as the couple headed to the airport around 2.30am, Flight Center sent another email, explaining that Qantas had retracted the offer. The Qantas employee who had apparently agreed to the name change did not have the authority to do so.

Thamaphan was instructed to go to the airport and told the issue could be resolved there. But that was not what happened.

“When we went to check in, the airline said there’s no ticket under my name,” Thamaphan told the Herald.

Sampson said he felt bad for the Qantas employee at the desk, as three other passengers appeared to have similar issues.

“The poor lady at check-in, she was really overwhelmed and she didn’t seem to have a lot of support around her,” he said.

She recommended the couple skip calling the Flight Center emergency number and call Qantas directly instead.

“They picked up straight away and were quite friendly,” Sampson said. Qantas confirmed that they could cancel the flights to Thailand, but Thamaphan would have to rebook at the counter immediately and pay for new flights, then be reimbursed by their travel agent.

Sampson said they were hesitant to have to chase Flight Center for money and regardless, the check-in employee said there were no seats left on the flight.

By 4.50am, the couple had spent “over an hour” on hold trying to get through to the Flight Center’s emergency number, they said. After sending several emails, they “accepted their fate” and went home.

Flight Center returned the call while the couple were driving home and told them they had canceled Thamaphan’s flights there and back.

Stressed, exhausted and still no closer to reuniting with family and planning the wedding, they considered the replacement flights offered by Flight Centre. These departed the next evening but would be with Air China and involved an additional flight.

But as an anxious flyer, Thamaphan pushed back saying she wanted to travel long haul with an airline she trusted.

“I’m quite nervous about flights,” she said, adding that replacement flights should take their original choice of carrier into consideration.

The new itinerary would also separate the couple on the return journey from their honeymoon. Instead of two Qantas flights home with her new husband, Thamaphan would have to take three Air China flights alone.

Happy ending for the happy couple

Eventually, the travel agent booked Thamaphan on Air New Zealand flights to Thailand and the same flights home as her husband.

Thamaphan made it on board the Air NZ flight, and has now been reunited with her family, and is planning final wedding details.

Sampson said the outcome was a win, but it only came after the couple stood their ground.

“It’s a really good outcome for us in the scheme of things, but I can imagine if we hadn’t pushed back it wouldn’t have been.”

Sampson, who previously worked at Flight Center in Melbourne, said he knew the name error was an honest mistake, but the way it was dealt with was unacceptable.

Despite the drama, he was adamant that travel agents were worth the investment and had no ill will against the company or their travel agent, who had worked hard to make amends.

“Our agent is actually really great,” he said, adding that agents were hugely beneficial when it came to organizing and booking travel. “I’m going to book with her again,” he said.

Flight Center said it was sorry about the error but pleased it could make things right.

“We have apologized to Nawaporn for the mistake, and we are pleased to have been able to fix this for her holiday,” the Flight Center spokesperson said.

“We wish them all the best with their trip.”

What happens if the name on my booking is incorrect?

Being denied boarding is right up there among passengers’ worst travel nightmares.

So, what should you do if you realize your name has been incorrectly spelled on an airline ticket?

For obvious security reasons, it is industry-standard across all airlines that the name on your ticket matches your passport. However, the process of changing or correcting a name depends on several factors such as the airline, who booked the ticket (an individual, third-party website or travel agent) and how far in advance you seek assistance.

According to Qantas, name corrections are permitted on Qantas-operated flights but involve a fee. If the booking is made through a travel agent, customers need to make corrections through the travel agent and the process may involve providing supporting documents such as a passport or driver’s license.