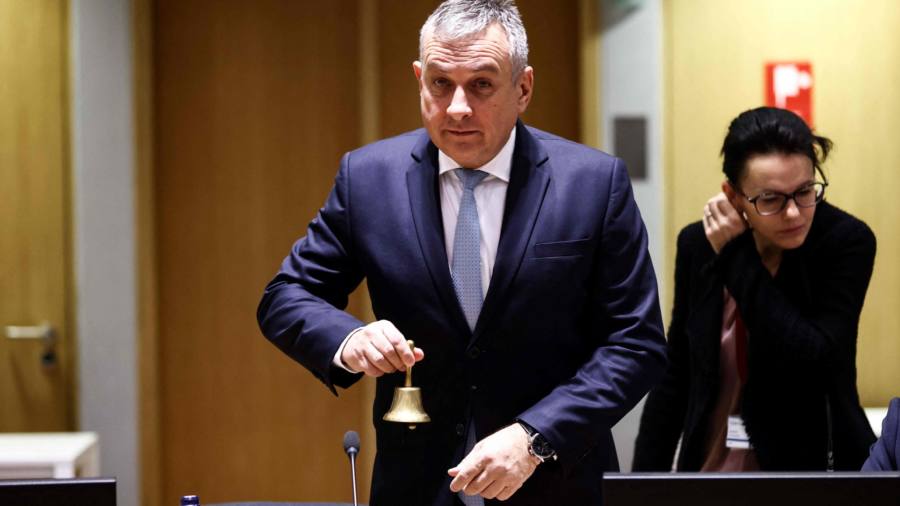 Energy ministers have delayed approval of EU plans to address the energy crisis after several member states threatened to block the measures unless changes are made to a plan to cap gas prices.

Jozef Sikela, the Czech energy minister whose country holds the rotating EU presidency, said on Thursday that ministers must meet again on December 13 to thrash out an agreement on a gas price cap and pass the other measures. Some ministers have branded the European Commission’s current plan to cap gas prices “a joke”.

Sikela was speaking after a “heated” meeting of energy ministers in Brussels during which a broad package of proposals — which include joint gas purchases, emergency measures to share supplies between member states and a loosening of the requirements for developing renewable projects — should have been signed off.

But a group of EU countries, including Belgium and Spain, said they would veto the plans unless a limit on gas prices could be agreed. The group was big enough to create a blocking minority under EU voting rules.

Sikela said the decision to delay should not be read as a sign of discord among the EU’s 27 member states as they struggle to cope with a dramatic reduction in energy supplies from Russia after its full-scale invasion of Ukraine in February. The shortages have pushed up energy bills, which has been the main driver of soaring inflation across the bloc.

“We are not opening the champagne yet, but putting the bottle in the fridge,” he said.

“The discussion is extremely complicated because there are simply different views. . .[but]we want to work hard in the remaining days to reach an agreement,” Sikela added.

The aim of the additional meeting is to settle on the mechanism for a gas price cap before a summit of European leaders on December 15. Finding consensus is now in the hands of EU ambassadors and energy experts who must work on a pricing mechanism that a majority of states can back.

Discussions over how and whether to introduce a limit on gas prices has become increasingly tense in recent weeks, with divisions emerging between countries that want to put a strict limit on all wholesale gas transactions and others, such as Germany and the Netherlands, who warn that this threatens the security of gas supplies arriving to the bloc.

The commission on Tuesday proposed a limit on gas prices of €275 a megawatt hour, but the plan was criticized by ministers and analysts who said it would not have applied even when prices hit all-time highs in August.

Wholesale gas prices rose to record highs above €300/MWh — the equivalent of more than $500 a barrel in oil terms — over the summer after Russia cut supplies through its main route to western Europe, the Nord Stream 1 line to Germany.

For the commission’s proposed cap to be triggered, prices for month-ahead contracts on the benchmark Dutch TTF futures market would have to exceed €275 per MWh for two consecutive weeks and be €58 higher than that of liquefied natural gas for 10 consecutive days.

Teresa Ribera, Spanish minister for ecological transition, said before Thursday’s council that the commission’s plan was “a joke in bad taste”.

In an interview after the meeting she said that countries “will be killed” if they had to survive with prices at such a high level for so long, adding that member states did not want a cap to limit prices in extreme circumstances but one that would “send a signal to the market” to prevent such volatility.

Market participants have already warned that any sort of cap could result in huge financial instability. 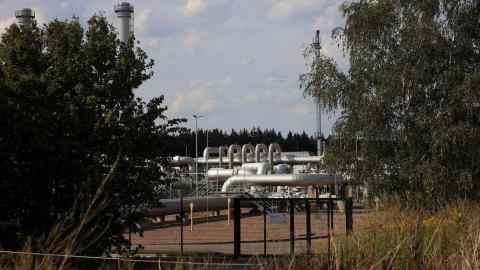 Ministers fear a mass deindustrialisation in Europe as companies struggle to meet high energy bills compared with more favorable prices in the US, which has recently announced a huge package of subsidies.

Harald Mahrer, president of the Austrian Economic Chamber WKÖ, said politicians needed “to speed up” approval of measures to help businesses and that the EU had lacked “forceful and impactful decision making since the beginning of March”.

He added that companies were now looking to set up facilities in countries with cheaper fuel costs.

In an effort to ensure that member states have gas supplies for next winter, the commission on Thursday also set a series of individual targets for filling underground storage facilities. On average, EU countries with storage should aim for them to be at least 45 percent full on February 1, he said.