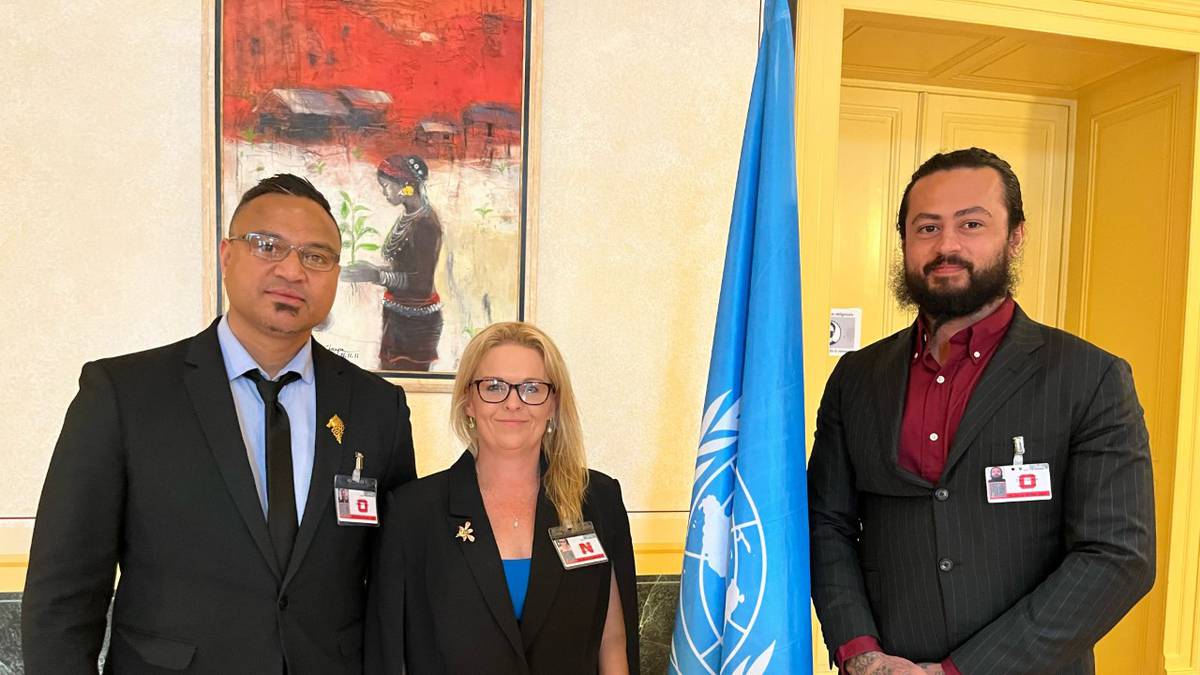 Questions about whether more could’ve been done to prevent dairy worker killing, Black Friday is officially here and police ask for help in the search for a Kāpiti woman in the latest New Zealand Herald headlines. Video / NZ Herald

A delegation from New Zealand has met with United Nations officials demanding an apology, accountability and financial compensation from the Australian government for their mass deportation of residents with a checkered past.

“We took legal action and lodged it with the United Nations about 18 months ago. I know of 400 clients who are seeking legal action – the first lodging will come at the end of the year. It’s about allowing people to share their truth and the brutality they have faced.

“We want an apology, but we also want accountability and financial compensation. If there’s accountability, it means it can no longer be Australia’s nasty little secret and the world has to address it,” Payne said.

In late 2014, then-immigration minister Scott Morrison passed a bill which tightened the character test of the Migration Act so that non-citizens sentenced to at least 12 months’ prison are automatically deported. This includes multiple sentences and applies regardless of the crime/s.

Other amendments provided the minister with the discretion to deport a non-citizen regardless of convictions, and this includes for being or potentially being “a risk to the health, safety or good of the Australian community”.

The majority of people in detention centers are New Zealanders, and 61 percent are 501 visa cancellations.

Payne said if New Zealanders have issues with 501s being deported here, they should call out the Australian government instead of blaming the deportees who don’t want to be here.

“I believe everyone has a right to be rehabilitated. We expect these people to be grateful, but they have been demonized because of their NZ citizenship. We have a social responsibility, and if we don’t inject some humanity into what we do, then we are the criminals.”

“I have lived in those detention centers and witnessed first-hand the horrific treatment people are forced to endure daily at the hands of corrupt and violent guards,” Folau told the Weekend Herald from Geneva.

“It was great to be heard. In my opinion, the Australian government hasn’t been listening. New Zealand is pushing as much as they can, but nothing seems to change – so the only thing to do was to take it to the world stage.

Payne said she was proud of Folau’s presentation, which was “polite and from the heart”.

“Moses has been through a lot of hurt, so [for him] to show his vulnerability made me proud. He has changed my life and I can’t walk away. I trust him with my children and I trust him with my life. He is loyal and someone who is prepared to stand up for others.”

Folau said the last few years had been a struggle. He was tired of being judged and criticized for his criminal past. He was also frustrated by the fact that he is forbidden to visit his 16-year-old son and mother, who still live in Melbourne.

His older brother died recently, and Folau was forced to watch his funeral online and alone in his Auckland inner-city apartment.

“I dressed up, bought a new suit, polished my boots and did my hair. It killed me, watching my son carrying my brother’s coffin and seeing all my family crying,” Folau said.

Folau, who had lived in Melbourne since he was five, had been in Maribyrnong Detention Center for seven months when he agreed to be deported, fearing he might otherwise be sent to Christmas Island.

He was deported in 2016 and “presented with a big bill by the Australian government despite assurances that people sent back to New Zealand would not be charged. Folau was told to pay $3100 for airfares for himself and the security escort who traveled with him.

He has 10 convictions in Australia, including a jail term for assault, and three more since being deported to New Zealand. The New Zealand offense included an assault in central Auckland.

His most recent conviction was in 2018, for driving with excess breath alcohol and careless driving, resulting from Folau reversing on State Highway 16 after missing an exit.

In the police National Intelligence Application (NIA) he is listed as a member of the Comancheros Motorcycle Club.

Folau has denied being a member of the Comancheros, although he conceded he was a close associate of a gang in Australia before his deportation.

In July, Folau failed in his bid to gain a liquor license for his downtown Auckland private members-only club, 9Eleven. He no longer holds the lease and is now working as a project manager for a construction company.

“Moses has to face being judged every day and it’s not justified. He has been used as a scapegoat when things go wrong. He tried his best in New Zealand to become a contributing member of society, but he’s continually being shot down,” Payne said.

Folau said his life is going well and he is committed to fighting for the disenfranchised deportees who don’t have a voice.

“Although I accept my fate, I am passionate about deportation issues and the breaches of human rights that, in my opinion, the Australian government continues to inflict. I can’t turn my back on those who genuinely need my help, because I have been there.”