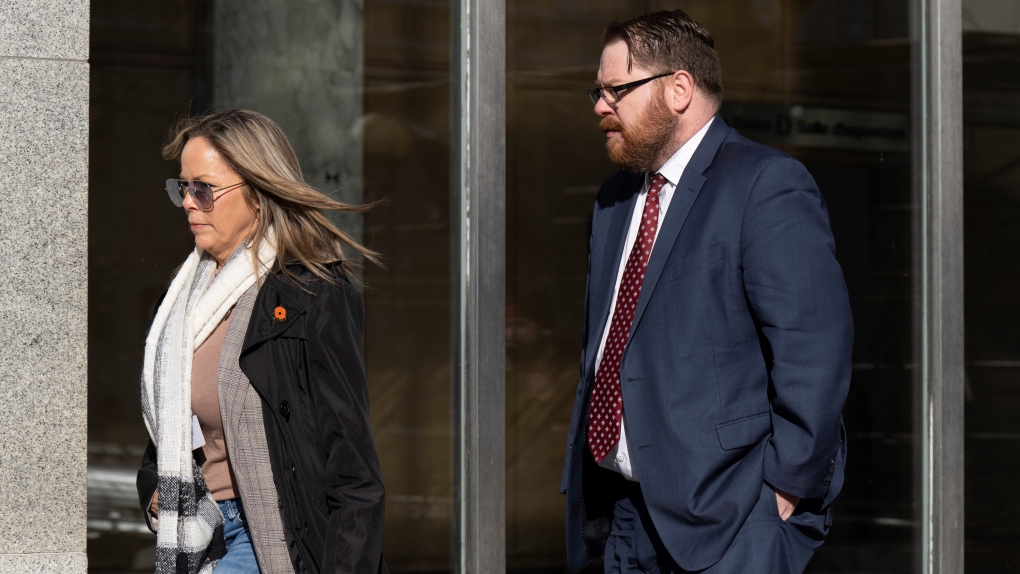 The commissioner presiding over the public inquiry into the use of the Emergencies Act will not allow a lawyer for “Freedom Convoy” organizers to explore an unsubstantiated claim that hateful imagery spotted at the Ottawa protests last winter was staged.

Justice Paul Rouleau released a written response to a request by Freedom Corp. lawyer Brendan Miller, who wanted to call new witnesses, saying his claims are “troubling” and have “little foundation in evidence.”

Miller accused lobbying firm Enterprise Canada of planting Nazi and Confederate flags at the protest — an accusation the company called “absurd and despicable” as well as untrue. It also sent a cease-and-desist letter that said it intends to serve Miller with a formal libel notice.

Rouleau said it makes no sense to call witnesses to test claims Miller is making without evidence, and he questioned why the lawyer only raised the issue at the end of the Public Order Emergency Commission’s six weeks of public hearings.

He also rejected Miller’s request to have police do a license-plate search on a truck seen carrying a Confederate flag. “This is, in essence, a fishing expedition,” Rouleau wrote.

The decision came a day after Rouleau had Miller briefly removed from the hearing room for speaking over him as he argued to call a last-minute witness.

Murray Sinclair, the former senator and judge who has presided over three inquiries, said Rouleau’s response is the right way to handle unproven claims and prevent the process from getting derailed.

“The way he addresses it is the approach I would have taken, and that most people who run inquiries probably would have taken,” said Sinclair, who is now a lawyer with the Winnipeg firm Cochrane Saxberg.

Sinclair recalled an inquiry he led in the late 1990s into the deaths of a dozen babies at a Winnipeg hospital. The lawyer for a doctor accused of wrongdoing sought to discredit the testimony of nurses by claiming one had been in a relationship with the doctor, without any evidence.

Sinclair disallowed the questioning at the time, saying it was not relevant to the mandate of that inquiry and did not seem to be grounded in fact.

He saw a parallel in Miller’s request.

“To give them free reign to call evidence on something that they want to get evidence on, because they have a particular viewpoint about something, would be tantamount to surrendering control to the mob, so to speak,” Sinclair said.

“The primary responsibility you have when you’re running an inquiry is to keep it focused, because you have so many possibilities and so many possible areas of interest.”

Sinclair said lawyers do bring up information in the course of their questioning that “can be totally wrong, or can be based upon misinformation, or based upon lies.”

It’s simply part of the duty of judges and commissioners to test allegations and decide whether they deserve a platform, Sinclair said.

Sinclair made a similar assessment as a senator in 2017, during a committee study of a bill that ultimately added transgender people to the protections of the Canadian Human Rights Act. Some witnesses testified that the change would legally compel people to use pronouns and gender terms they do not agree with.

“The concerns expressed, while strongly and legitimately held, were not well founded, and in fact were contrary to the intention of the bill,” Sinclair told his colleagues at the time.

Wayne MacKay, a professor emeritus at the Schulich School of Law at Dalhousie University, agreed Rouleau made the right call in his Wednesday decision.

“I think he could have been more blunt, and in some ways more harsh than he was,” said MacKay.

He noted that it’s relatively new to see what he called “the conspiracy element and the extremist-group element” come up in a public inquiry.

“This may be the first public airing of that,” said MacKay, who will be moderating a panel next Tuesday for the commission, which he says will involve the role of misinformation on social media and extremist groups.

MacKay said the Mass Casualty Commission into the April 2020 shootings in Nova Scotia made an early decision not to entertain theories that the gunman’s common-law spouse was complicit in the shootings. He said the commissioners argued that the evidence did not support that theory.

Both Sinclair and MacKay also said Rouleau made an important point in noting that Miller made his claims in the final week of the commission’s fact-finding phase.

“That might result in further delay or a sidetracking of the inquiry,” Sinclair said.

This report by The Canadian Press was first published Nov. 23, 2022.