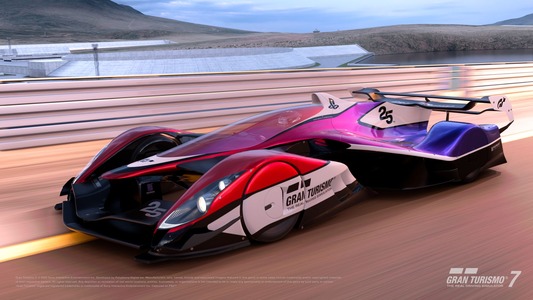 The Gran Turismo franchise is celebrating a huge milestone with the 25Th anniversary of the original Gran Turismo. The first GT game was released on the PlayStation on December 23, 1997, and brought the likes of the Nissan Skyline and Mitsubishi Lancer Evo to the height of its popularity. The game not only revolutionized gaming but the automotive industry as well.

GT unveils the Red Bull X2019 25th Anniversary Edition to celebrate a milestone for the franchise.

To celebrate its 25Th anniversary, Polyphony Digital is releasing a massive anniversary update to the racing simulation. Fans are excited that a long-rumored race track is coming to GT7. The monthly update will also be adding a fan-favorite car to the game.

Kazunori Yamauchi teased the new update on Twitter days before its arrival. GT7’s game director calls this the 25Th Anniversary Update in celebration of the franchise milestone. The update drops just in time for the Gran Turismo World Finals which is happening this weekend in Monaco.

Data miners and GT7 content creators have shared that a new track is coming to the racing sim in the Michelin Raceway Road Atlanta. The track was found in the game’s files a few months ago.

This will be the first time that Road Atlanta will be featured in a GT game. The track is a mainstay of Forza Motorsport, a game that has often been compared to GT7. The track is home to the Petit Le Mans, an endurance race that uses the same rules as the 24 Hours of Le Mans.

With the addition of the Road Atlanta to GT7, fans are hoping that the popular Grand Valley Raceway would make a comeback.

Officially, only three cars will be added to the game with the update. A fourth car that is already in the game will have a 25Th Anniversary Special Edition.

Headlining the new lineup of cars is the Ford Sierra Cosworth RS500 which can be purchased at the Legendary Dealer. The high-performance Ford Sierra had a limited run of just 500 vehicles and was designed to compete in the Group A races in Europe. The RS500 dominated the Group A racing scene from 1988 to 1990.

Additionally, Gran Turismo is adding a 25Th Anniversary version of the Red Bull X2019. The new variant features a limited time livery to celebrate GT’s silver anniversary. The car can be obtained by clicking on the banner at the top right of the World Map between November 24 and January 3.

The new update will bring a highly requested feature to sell car ingame. A new Car Valuation Service lets players know how much they can sell their cars for. This feature is available upon clearing Menu Book No. 39 and watching the end of the solo campaign.

The feature has been available throughout the GT series and fans were disappointed that it was not available in the game at launch. Polyphony has finally come through with its promise to implement the feature. Players can now tidy up their personal garages now that they have the ability to sell cars.