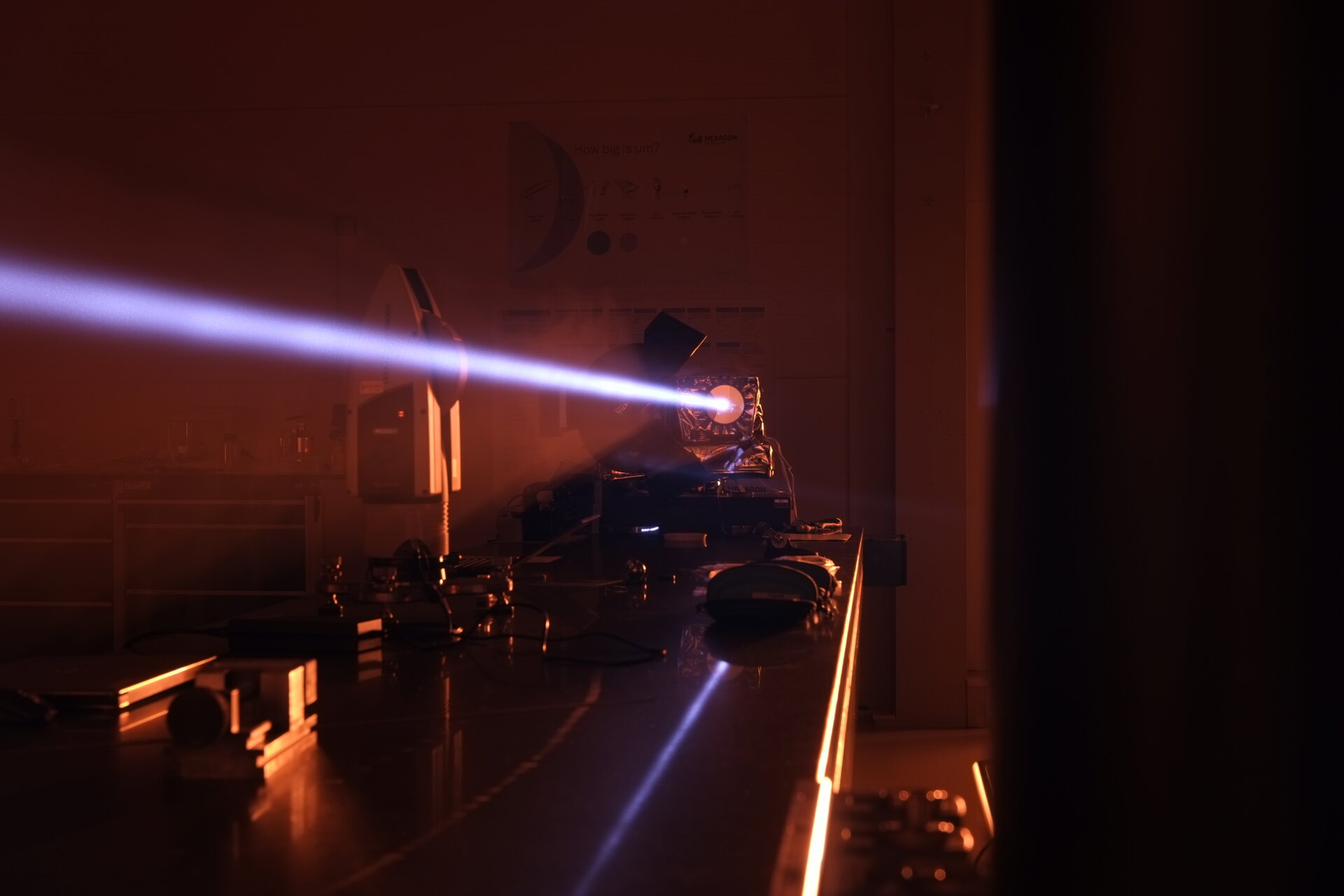 The double spacecraft of ESA’s Proba-3 mission will become the most precisely controlled objects in space, maintaining a set distance from each other down to millimeter-level precision. An ESA cleanroom was turned into a hall of mirrors to test the laser-based measuring system that will maintain the pair in position for hours at a time.

“Due to launch in 2024, Proba-3 is ESA’s precision formation flying mission,” comments Damien Galano, ESA’s Proba-3 project manager. “By maintaining their relative position against one another for up to six hours per orbit at a nominal 144 m apart, the ‘Occulter’ spacecraft will cast a shadow onto its ‘Coronagraph’ counterpart to form an artificial solar eclipse in space, so that the Sun’s faint outer atmosphere or corona can be studied freely.

“But the satellite pair requires a sophisticated metrology system to hold them in position – and we needed to test the flight hardware of the most precise element of this multi-faceted system, the laser-based ‘fine optical metrology’ system.”.

The project requested support from the Metrology Laboratory of ESA’s ESTEC Test Centre in the Netherlands, part of the largest satellite test facility in Europe, operated for the Agency by European Test Services. The Lab’s Ramon Vink explains: “Our challenge was to find a cleanroom long enough to encompass the full range of distances involved for the laser and its retroreflector, as far as 250 m apart.”

The team settled on the Vacuum Test Chamber-1.5 cleanroom, adds Steven Sablerolle of the Metrology Lab: “At 60 m in length the VTC-15 cleanroom was too small, so instead they installed a folding array of mirrors that could bounce the laser beam around the chamber to cross the full range of distance required.”

Jorg Versluys, Proba-3 System Engineer, says: “The Test Centre’s Metrology Lab assisted us in precisely aligning and mapping the mirrors’ positions, using their own laser trackers. The test campaign took about six weeks, mostly during the night to minimize unwanted disturbances from the rest of the busy site – even a lorry driving past on the road outside might show up in our results. This testing marked the first time the various parts of this fine optical metrology system were operated together, but the results were right in line with our previous models.”

For the testing, Proba-3’s laser-generating optic head was integrated onto the mission’s optic bench, then placed on a granite table for maximum stability. The laser was shone onto a laser retroreflector – which is a special kind of mirror, resembling reflective ‘cat’s eyes’ on a motorway, that possesses carefully-designed internal reflectivity to bounce back the laser light in the exact same direction that it has come from .

A photo diode on the optic head then recognizes reflected laser light to calculate the number of wave oscillations the light has taken to bounce back, to derive its precise travel time and therefore the distance between the two satellites. A second detector, a 2D array, acquires the lateral position of the reflected laser beam to identify the lateral displacement of the retroreflector relative to the optic head.

This is the most precise of multiple metrology methods employed by the two Proba-3 satellites, each one around a cubic meter in scale. A continuous inter-satellite radio link is supplemented by Global Navigation Satellite System receivers. When the satellites come less than 250 m apart then cameras on the Occulter spacecraft will image and detect LEDs mounted on the Coronagraph spacecraft. Then the laser-based system will come into use to maintain precise satellite alignment.

“Our testing allowed us to map just how the metrology system responds as the target moves slightly up or down or side to side,” adds Jorg. “So we’ve ended up with a complete database of the two units’ movement down to pixels per millimeter scale that we can employ for real when we reach space.”

Proba-3’s laser operates at an infrared wavelength, invisible to the naked eye. So this photograph was actually acquired as a long exposure in infrared, with the path of the beam gradually traced using a sheet of white paper. The beam seen in the photo is where the paper scatters the infrared light of the laser beam.

Proba-3’s laser metrology has been developed by a consortium of European companies: MDA in the UK, Micos Engineering in Switzerland and AMOS in Belgium, with SENER Aerospace as prime contractor.