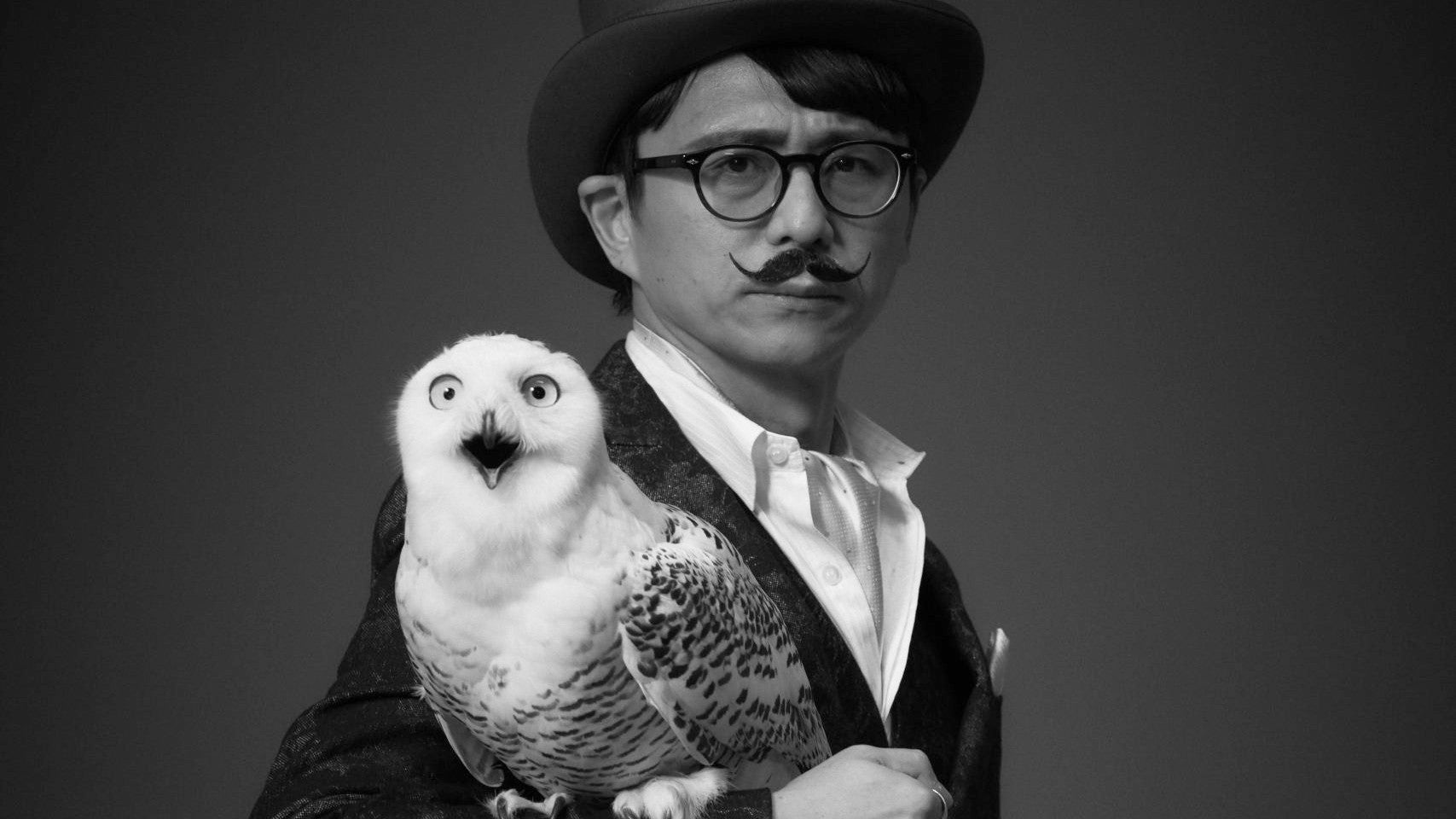 Among prominent video game developers, Hidetaka “Swery” Suehiro stands out for the particular nature of his games, but also thanks to his affable personality. But his career started long before becoming famous for his crazy ideas and bringing his plush monkey with him around the world.

“When I was at SNK in the mid-Nineties”, he tells us when we meet at Reboot Develop Blue in Dubrovnik. “I was just an employee. I could just try what I thought was a good idea without really much responsibility.

“Today, my ideas haven’t particularly changed, but all the rest has. I have to commit to what I say from conception to actual implementation. And everything that comes after that requires much more responsibility. But that also means I now have the power to follow up with my ideas all the way.”

“When I was a child in Japan, all the kids watched Gundam, I watched Knight Rider and A-Team”

This duality between being a creator first and foremost and having grown into a team leader pops up a few times during both our conversation and the talk he gave on stage at Reboot. Asked if he struggles with his responsibilities, he doesn’t hesitate.

“It’s better for me to work on a team because there are people out there who can, you know, do art or music better than me. So being able to work with them is much more beneficial.”

Not only does he like to work with people, he likes to see them in person. And that’s probably why his talk is all about asking himself – and the attending public – if we still need offices in a post-pandemic world.

He even asked it on Twitter a few days before, with Necrosoft Games’ Brandon Sheffield answering that he hasn’t worked in an office for eleven years and Q Games’ Dylan Cuthbert arguing that what developers need are nice, fun, spacious offices. The survey ended with a clear preference for the “Don’t need anymore” option, but that didn’t discourage Swery, who clearly goes the opposite way.

In fact, he spent most of his talk giving examples of how and why the lockdown and remote work were hard for him. Because while you can do so many things remotely, the lack of human contact is crucial – it takes away responsibility, direct communication, body language.

He mentions quite a few projects that were derailed by the necessity for remote working. He lost seventeen months on a project because he wasn’t able to meet the client for a whole year and then he had to convince them again that it was worth continuing the development. He went through many delays and even had to change the publisher for the Switch version of The Good Life.

And for the first time in his career, he gave up on a project because after eight months of silence he had lost motivation. We asked him if it was Hotel Barcelona, ​​the all-star project in collaboration with Suda51 and Keiichiro Toyama that was jokingly announced three years ago, but “No, it was actually something much bigger than that,” he says. “Hotel Barcelona still exists though.”

Probably, his worst working experience during the pandemic was getting to the finish line with Deadly Premonition 2: A Blessing in Disguise, a game that came out on Switch in July 2020. In his talk – referring to slides on the big screen with the title Deadly Premonition 2 partially redacted but still clearly legible – Swery said he was “being ghosted” during the final months of development. According to the director, there were so many fixes needed that he submitted approximately 2,000 tickets and not only does he say they were never addressed, he also claims he never had a chance to talk to anyone from the publisher and the studio.

“I found out the game had been released thanks to a message I received from a fan,” he alleges.

The original Deadly Premonition was a cult unexpected hit that took everyone by surprise with its out there personality and its bizarre interpretation of Western pop culture – something that Swery has been immersed in since he was a kid.

“An office is not a necessary thing, but it adds to the character of your company. It defines your style. It becomes a symbol”

“I had a lot of relatives who lived overseas,” he tells us, “and they influenced me a lot. And so, when I was a child in Japan, all the kids watched Gundam, I watched Knight Rider and A-Team” .

But it’s not just that. Setting his stories, his video games, even his first novel in the Western world is easier for him: “If I were to set a game in Japan, it would be much more visceral. I prefer the detachment I get from writing about the West through my unique filter. Also, by doing that I can lie a little bit and be forgiven. I cannot set a game in Japan and show someone walking into a house with shoes on, people would destroy me. But if I set something overseas, I can pretend I’m making honest mistakes and no one will know.”

Deadly Premonition 2 was announced in 2019, nine years after the original release of the first game. Going back to that IP could have been a daunting proposition, especially for someone who is particularly known for doing the unexpected and taking left turns. This led to the pressure of surprising fans in the same way the first game had, as well as division over what those fans might expect.

On release, Deadly Premonition 2 received a mixed response and is generally considered inferior to the first game – and the lack of communication in the final months of development probably played a role. But this also presents a disadvantage of Swery being such a prominent figure; while he gets all the laurels and awards when things go well, the finger of blame may end up pointed at him when they go wrong.

“It’s hard,” he says, speaking directly to us in English, “but it’s the way of a director. I have to work that way. It’s my game. It’s my fault that I couldn’t do anything about it.”

“Anyway, I’m making other games,” he adds with a laugh.

So, even though working from home can be useful, practical, even necessary in many cases, there are quite a few reasons why Swery thinks we still do need an office. Being there, meeting people, creating a small community, having physical interactions, using body language to communicate – these are all fundamental parts of our everyday life and of our nature as human beings. And there are so many issues that can arise in terms of communication when you don’t have a chance to meet in person.

But it’s not just that. Swery actually loves his nice, cozy, welcoming office. He proudly puts pictures of it on the big screen behind him at the end of his talk. He points out the small altar for Nirvana’s Nevermind CD or the bathroom arranged to look like the one from Twin Peaks.

“An office is not a necessary thing, but it’s a great thing to have and it adds to the character of your company,” he concludes. “It defines your style. It becomes a symbol.

“Also, in the evening, it’s great when you all get out of the office and go for drinks.”