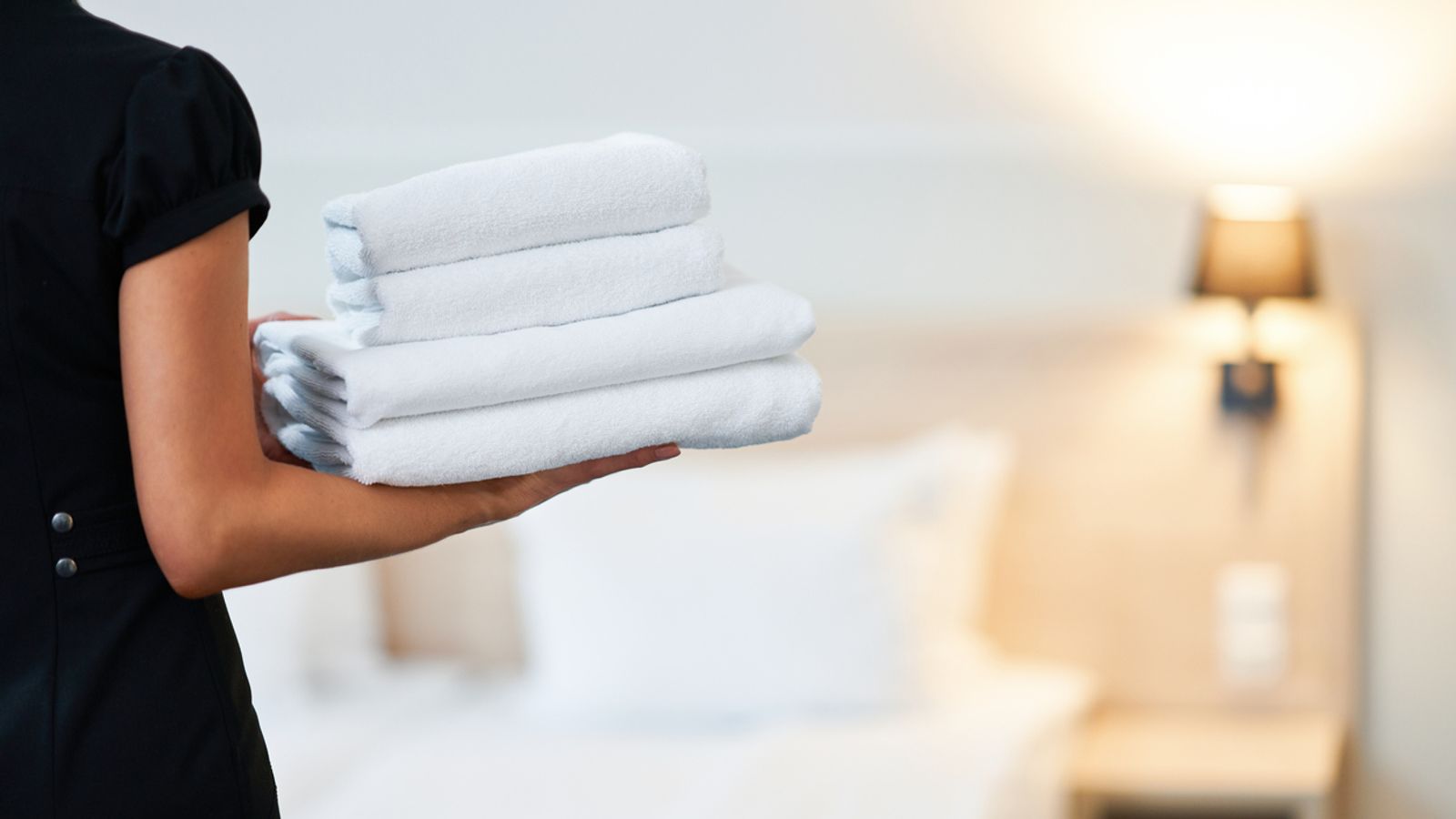 UK firms should be “looking to the British workforce” rather than relying on immigrants to fill jobs post-Brexit, a minister has said.

At its annual conference, the director general of the Confederation of British Industry (CBI), Tony Danker, called on the government to use immigration to solve worker shortages in the UK, saying it must be “practical” on the issue.

Brexit stopped many foreign workers being able to easily work in the UK and companies are struggling to recruit – especially in industries such as hospitality which has relied heavily on European staff in recent years.

Mr. Danker said: “People are arguing against immigration, but it’s the only thing that’s increased the potential growth of our economy since March.

‘Our labor shortages are vast’

“Remember that GDP is a simple multiplier of two factors – people and their productivity. And it’s time to be honest: we don’t have the people we need, nor do we have the productivity.”

He added: “Our labor shortages are vast.

“First, we have lost hundreds of thousands of people to economic inactivity post COVID. And anyone who thinks they’ll be back any day now – with the NHS under this kind of pressure – is kidding themselves.

“Secondly, we don’t have enough Brits to go round for the vacancies that exist, and there’s a skills mismatch in any case. And third, believing automation can step in to do the job in most cases is unrealistic.”

He called for economic migration in sectors with shortages, with fixed-term visas, and a shortage occupation list overseen not only by the minister for immigration but also by the secretary of state for education and businesses.

Earlier on Monday, Mr Jenrick said the government would “listen to the business community” and was “aware of certain skills shortages”, adding: “We want a pragmatic, sensible relationship with business.

“But overall, our ambition is to reduce net migration. We think that’s what the British public want. That was one of the driving forces in the vote to leave the European Union back in 2016, and it’s simply not true to say that we’ ve adopted a sort of closed door approach since then.”

Mr Jenrick pointed to schemes like visas for health and social care workers, and said more than 300,000 work visas were issued last year “to people who had a certain living standard so they could look after themselves and not rely too heavily on the state” and would cover so-called shortage occupations.

“I think that’s the right approach, rather than drawing on lower skilled workers,” he added.

“And if I were a business manager, I would be looking to the British workforce in the first instance, seeing how I could get local people into my business, train them up, skill them to do the job.”

Prime Minister Rishi Sunak also spoke at the CBI conference, but when asked about the labor shortage, he replied by addressing illegal immigration.

After that, he said, his government would ensure the UK is “a beacon for the world’s best and brightest”, although he gave no specific details about how this would be done.

Read more:
UK economy made worse by ‘own goals’ like Brexit
Autumn statement had all the hallmarks of a Labor budget Beth Rigby
Middle-earners facing same tax hit as those on six-figures | Ed Conway

“And I say to Brexiteers, the best guarantor of Brexit is an economy that grows. And its biggest risk is one that doesn’t.”

‘No to Swiss-style Brexit’

His remarks come amid reports over the weekend that the government is looking to pursue a “Swiss-style” relationship with the EU to free up trade.

Brexiteers have reacted angrily to the rumours, which Downing Street has denied.

Mr. Jenrick told Sky News: “I don’t know where the story came from in the Sunday papers. It’s not one that we recognize and we’re going to stick with the relationship that we’ve secured.

“But we’re not going to reopen the discussions that we had a few years ago. We have a settled view and we’re moving forwards on that basis.”