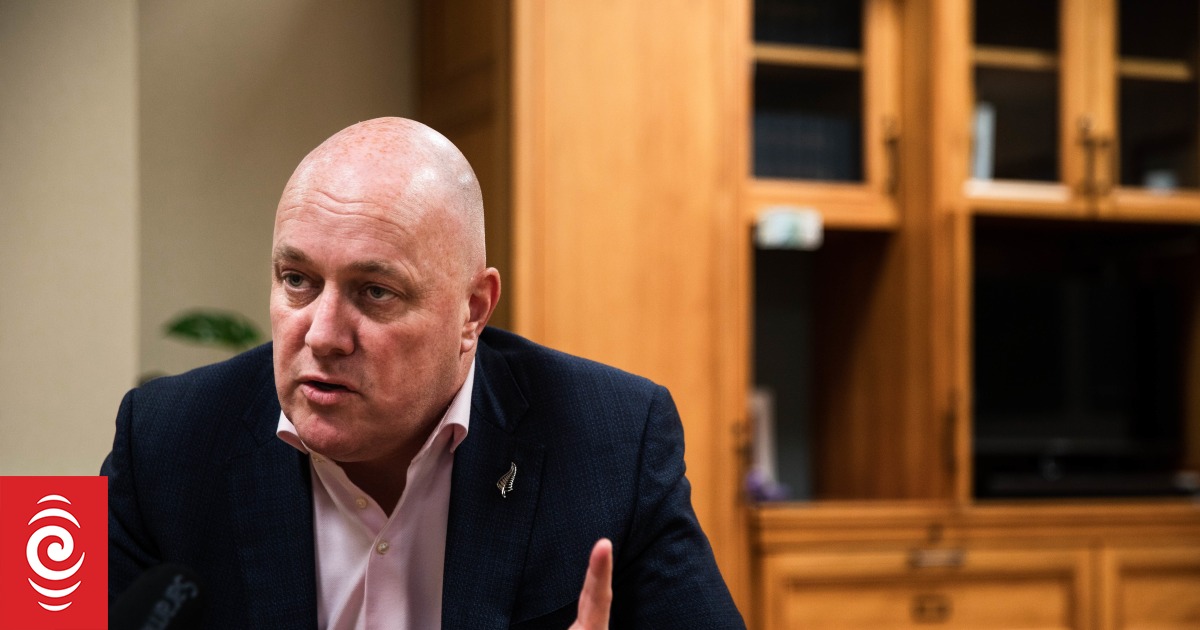 Fresh off using his platform at this week’s Rātana celebrations to criticize the government’s approach to co-governance with Māori, National Party leader Christopher Luxon is taking aim at Parliament’s Māori seats.

But despite saying their existence “doesn’t make a lot of sense”, National will still be looking at standing candidates in “at least one or two of them”.

At Rātana on Tuesday, Luxon – who began his speech in te reo Māori, making use of lessons he started in 2022 – accused the government of allowing a “divisive and immature” debate to develop around its plans for co-governance in areas like water management and the delivery of health services.

The government’s view has been that it is fulfilling obligations to Māori under the Treaty, and hoping to improve outcomes. Incoming Prime Minister Chris Hipkins on Tuesday pointed to various Treaty deals struck by previous National-led governments as containing examples of co-governance, asking which Luxon would “go back on” if elected in October.

Speaking to RNZ’s Morning Report on Wednesday, Luxon accused Labor of changing the meaning of the word.

“You can’t just take a word ‘co-governance’ and now all of a sudden, by not being transparent as a government as Labor has been, and start to morph it into meaning something else.”

He said National MPs who struck historic Treaty deals “made the case, they took people with them and it led to generosity of spirit on both sides and actually something we should be incredibly proud about in New Zealand”.

“Co-governance or co-management arrangements we’ve had in the past in the context of local iwi working with local government on the management of local natural resources in the context of Treaty settlements have been, by and large, really successful and something we should be really proud about.

“But now we start to talk about, increasingly in Wellington over the last few years – and again, it’s confusing – about co-governance and separate systems for the delivery of public services, and that’s just something that is very different – and from my point of view there’s a principled objection to that around the fact that there’s one government, public services are designed to deliver for people in need across all of New Zealand.

“The model I want to use is actually massive deployment and delivery of those services through Māori iwi community organizations, but within the coherence of one system. On the other hand, frankly, is the build-up of massive bureaucracies in Wellington.”

National has promised to scrap the Te Aka Whai Ora / Māori Health Authority if elected.

‘Doesn’t make a lot of sense’

Morning Report host Guyon Espiner asked Luxon about the Māori seats, which are open to candidates of any ethnicity but since their creation in 1867 have been intended to guarantee some level of Māori representation in parliament.

“Historically, that has been something that we’ve said – look, one person one vote – that doesn’t make a lot of sense in our view,” Luxon replied.

“But the reality is, being quite pragmatic… the Māori seats have been present in our system for some time. They’re not going away.”

Eligible voters actually have two votes in New Zealand general elections – one for a party, the other a candidate – and being on the Māori electoral roll doesn’t actually entitle someone to more votes than a voter on the general roll.

Luxon said the National Party’s historical opposition to Māori seats in parliament and local government is the “logical conclusion” of believing in “one person, one vote, all equal under the law”.

But he said the “pragmatic” move this year was to stand candidates in them anyway, and denied this was inconsistent with opposition to co-governance.

“It is utterly consistent.”

Questioned by reporters in Auckland this afternoon, Luxon was challenged about his focus on co-governance at Rātana, where politics typically gives way to ceremony.

He said the matter was of national importance, and had been raised with him – he had been challenged at the paepae to stop being afraid of co-governance.

“I did need to raise that issue bcause it was raised with me on the marae from the other side and it was done respectfully and it was done in an appropriate way and I actually want to model out to New Zealand and to the rest of us how we can have intelligent and proper, grown-up conversations without anyone just jumping to reflexive positions without calling so-and-so names.

“I also felt it would be disingenuous of me to stand there – when I’m trying to build a relationship with Rātana – not to say what I felt … I was trying to lay out the context.”

He also took pains to clarify what he understood co-governance to mean.

“We’ve understood the word co-governance to mean local government working with local iwi on the management of local natural resources in the context of Treaty settlements,” he said.

“What we’ve seen is that word has been taken and put into a completely different context with the creation of what would actually be separate and different delivery of public services. We do not want two systems of health, two education systems, two justice systems.

“Those issues that are of national importance in the delivery of public services are very different from localism and devolution where there is good partnership happening, and actually excellent results being achieved in the co-management or co-governance of local natural assets in the context of Treaty settlements.”

In his speech at Rātana on Tuesday, Hipkins said there were fears in the 1990s his local park would be closed when it was placed under a co-governance arrangement as part of a Treaty settlement – but that never came to pass, and “facilities at the park are [now] better than they ever have been”.

“Race relations should not ever be used as an issue to divide New Zealanders with,” he told the media. “Certainly in the past it has been.”

His first Cabinet meeting as prime minister will take place after a swearing-in ceremony around lunchtime Tuesday. He has hinted at rolling back some of the government’s agenda focus on the cost-of-living crisis and inflation.