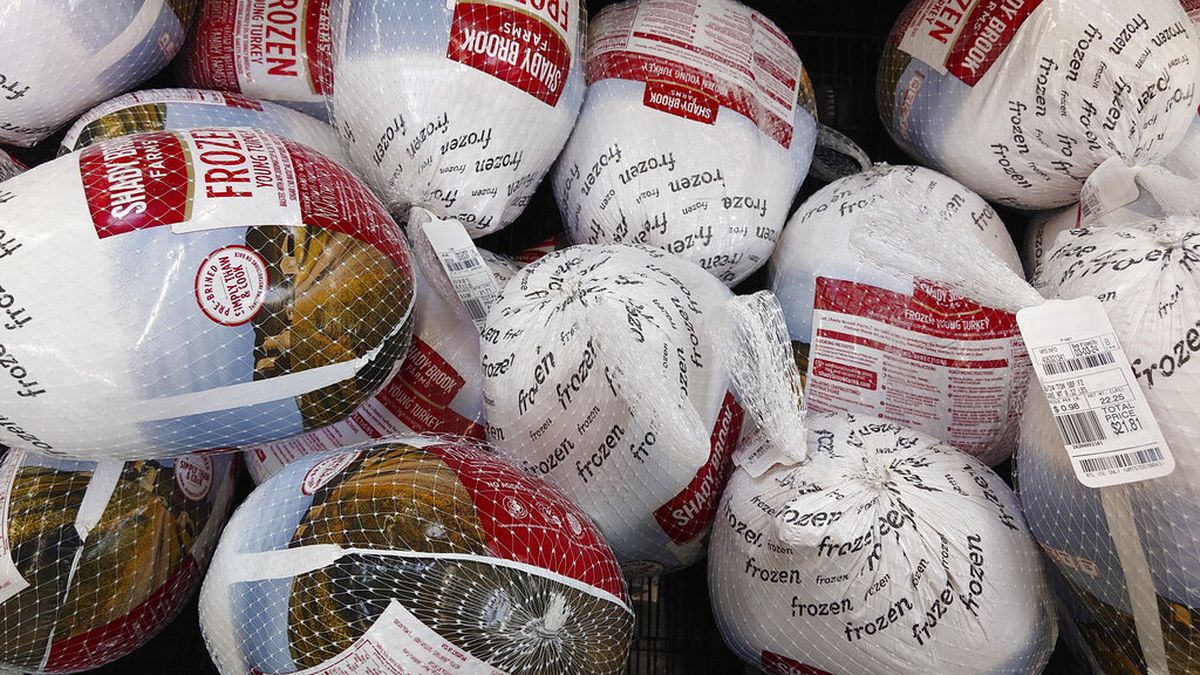 Multnomah County Health officials are recommending families with children 3 and younger consider skipping Thanksgiving gatherings. They say anyone who feels sick, anyone in fragile health and anyone elderly should also consider making other plans to avoid the spread of RSV, a respiratory illness.

The current surge is “a peak that hasn’t been seen in the 30 years that I’ve been a pediatrician,” said Dr. Ann Loeffler, a pediatric infectious disease expert and deputy health officer for the county.

“So unfortunately that means we all have to do our part,” Loeffler said. “Regarding the Thanksgiving gatherings, I would just ask every single family throughout the United States in any other place where we’re seeing a surge in RSV and at risk of not having the capacity to hospitalize any more children.”

Even though it’s a common childhood illness and not usually dangerous, many children are getting RSV for the first time this year after two years of pandemic restrictions. Now, preschoolers with limited immunity to the disease are bringing the bug home to infant siblings. And babies who contract RSV are at high risk of breathing problems if they get it. Officials think that’s among the main reasons this year’s RSV season is so intense and why all of the county’s pediatric intensive care beds are in use.

“Both of our two children’s hospitals announced that they have transitioned to crisis care standards of care. That typically means that they’re at capacity,” said Dr. Jennifer Vines, Multnomah County’s health officer. “They are caring for the number of patients that they are absolutely able to, and there’s no way to transfer out the next patient.”

Given the limited resources available to treat sick children, Vines said this is a holiday to “keep your kids close.”

Doernbecher Children’s Hospital at OHSU and Randall Children’s Hospitalboth in Portland, announced this week that they would have nurses treat more patients at a time in an effort to free up additional beds for young patients requiring intensive care.

The crunch in pediatric beds has made it hard for teens having mental health crises to get the care they need as well, as OPB has reported.

While masks can help protect against spread, especially if worn by someone who is actively sick, RSV spreads primarily on surfaces where the bug can last for hours. Handwashing and wiping down surfaces is an excellent way to prevent spread. Also, elderly and immunocompromised people should avoid hugging and kissing young children showing signs of illness.

A runny nose is usually the first sign of RSV, followed by a sore throat, a fever, lethargy and a cough that could last for a few weeks. Most children, including babies, can be kept home to manage symptoms. The key thing is to keep infants’ airways clear by using a suction device, also known as a snot sucker, to clear their nasal passages. Older kids should blow their noses frequently. Steamy showers help loosen mucus in small nasal passages.

Caregivers also need to keep children hydrated. In addition to aiding in recovery, it helps keep mucus thinner. Gatorade and Pedialyte are good options, in addition to water.

If a child is struggling to breathe or is excessively droopy and tired, especially if their nose is clean and they do not have a fever, they should be brought to the ER regardless of how busy it is, said Loeffler. A young child struggling to breathe will not babble or talk like normal and will be using their stomach muscles to pump air into their lungs. If their stomach sucks under their ribs in what’s known as “retractions,” get to a doctor.

With flu on the rise and an uptick in COVID-19 also starting, health officials say to continue to pay attention and get vaccinated for anything that you can — including whooping cough — to keep yourself healthy and help prevent the spread of disease.

“This is an evolving situation. So we’re gonna be watching hospital capacity really closely,” Vines said. “The trajectory is for a very difficult, at least month ahead, and probably more.”