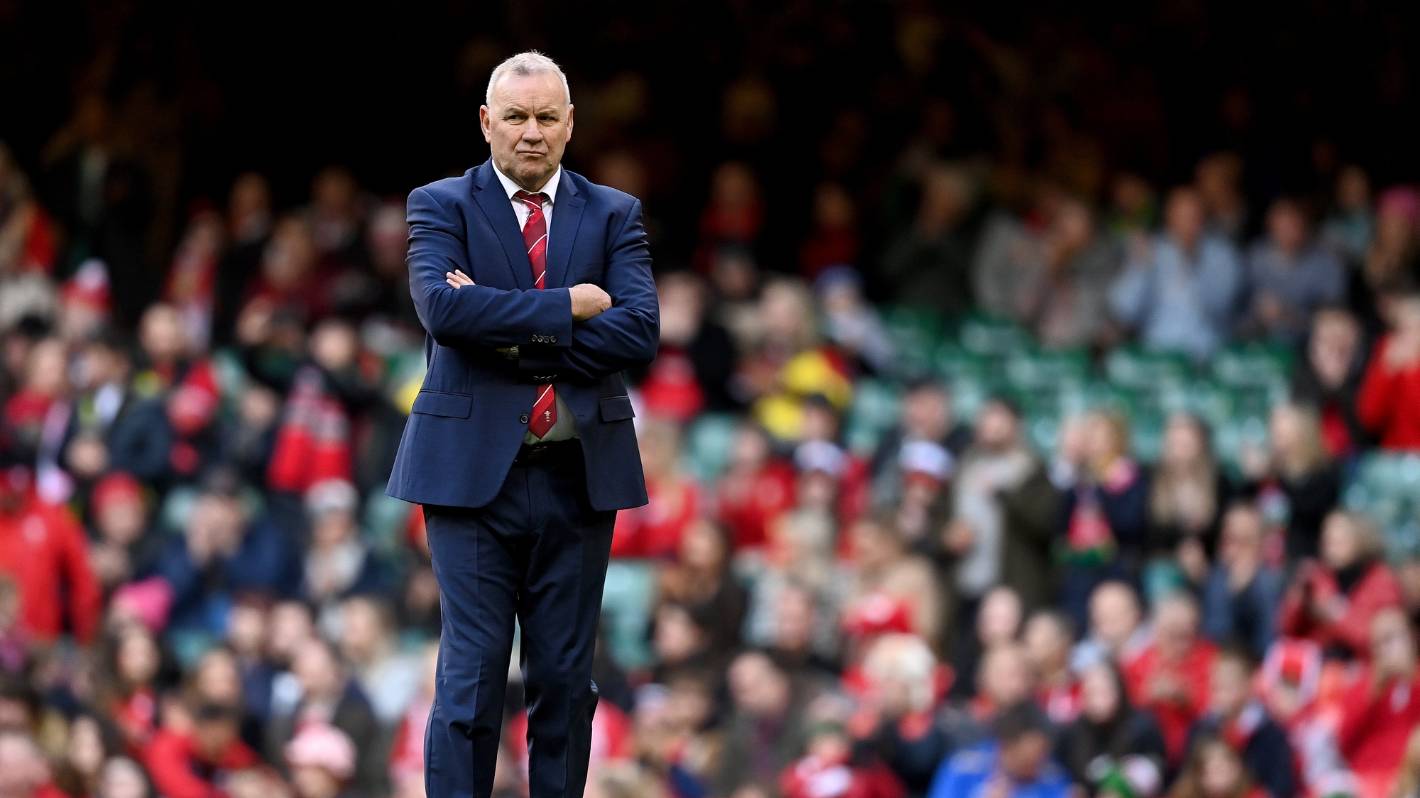 Former Wales captain Gwyn Jones has delivered a damning verdict on Wayne Pivac, saying their Kiwi coach is “out of his depth”.

The pressure continues to mount on Pivac in the wake of Wales’ shock 13-12 loss to Georgia in Cardiff last weekend.

Wales have only won three tests from 11 in 2022 with their World Cup preparations and Pivac’s credentials being seriously questioned.

“You don’t see any development coming through. I think he’s out of depth at this level and I don’t see Wales developing. He’s been in charge for three years, and we’re not a better team now than when he started,” Jones told Wales TV station S4C.

“We’ve had one good championship where we had red cards going for us. But apart from that there’s not much to write home about. We lost against Italy, which was disappointing, and we won out in South Africa, but we’re back to exactly where we were.”

Pivac, a former Fiji, North Harbor and Auckland coach, took over the Welsh side from Warren Gatland after the 2019 World Cup. Wales have won just 14 of his 34 tests at the helm.

Jones, a loose forward who played 13 tests and captained Wales in 1997 before suffering a severe spinal injury that he recovered from, felt Pivac was failing in two crucial areas.

“A national coach needs to know who his best players are and how he wants to play, and those are two things he hasn’t got right. There’s no plan and I don’t see it changing,” he told S4C.

Jones said the loss to Georgia was “up there with the worst I can remember”, although he hardly seemed surprised by the result.

“It was disappointing and unacceptably poor to lose at home to Georgia. That kind of game, that kind of defeat, has been coming if you look at the way Wales have been playing for the last year,” he said.

“We beat Scotland in a game of low quality, we lost against Italy, which was as disappointing as that [Georgia] result.

“For me, the players are good enough to beat Georgia but if they don’t know what the plan is on the field then they’re going to look like they have no direction and that’s what the biggest problem was.

“I don’t think the team knows how they are meant to try and attack, what their plan is, how they score tries.”

Wales face Australia this weekend (Sunday 4.15am NZT) with Pivac needing to orchestrate some sort of revival.

Jones’ comments come on the back of Welsh great Jamie Roberts questioning Pivac and his assistants.

“I think there needs to be serious questions asked about the coaching side,” Roberts said.

“We talk about motivation of players. As a player, yes, you play for your country, and you are wearing the three feathers, but you also play for your coach. And to see a Welsh side come out at half time and put in a performance like that is unacceptable. So there needs to be serious questions asked.”

Recent Wales captain Sam Warburton hinted at something more sinister at play in the current struggles.

“Taulupe Faletau, Justin Tipuric … these guys are people I loved playing with. They are real rugby warriors and tough men. I’m not questioning them,” Warburton said.

“But I wonder, if it’s not being expressed on the pitch, there must be some kind of deeper, underlying issues.

“The players – why aren’t they motivated? Why aren’t they desperate? I don’t know what the answer is. I’m not challenging the players. There are some tough, great competitors out there, some of the best players I have ever played with.

“But for some reason, it’s not translating onto the pitch and there’s something that we perhaps don’t know which is why they are perhaps not fully motivated at the moment.”