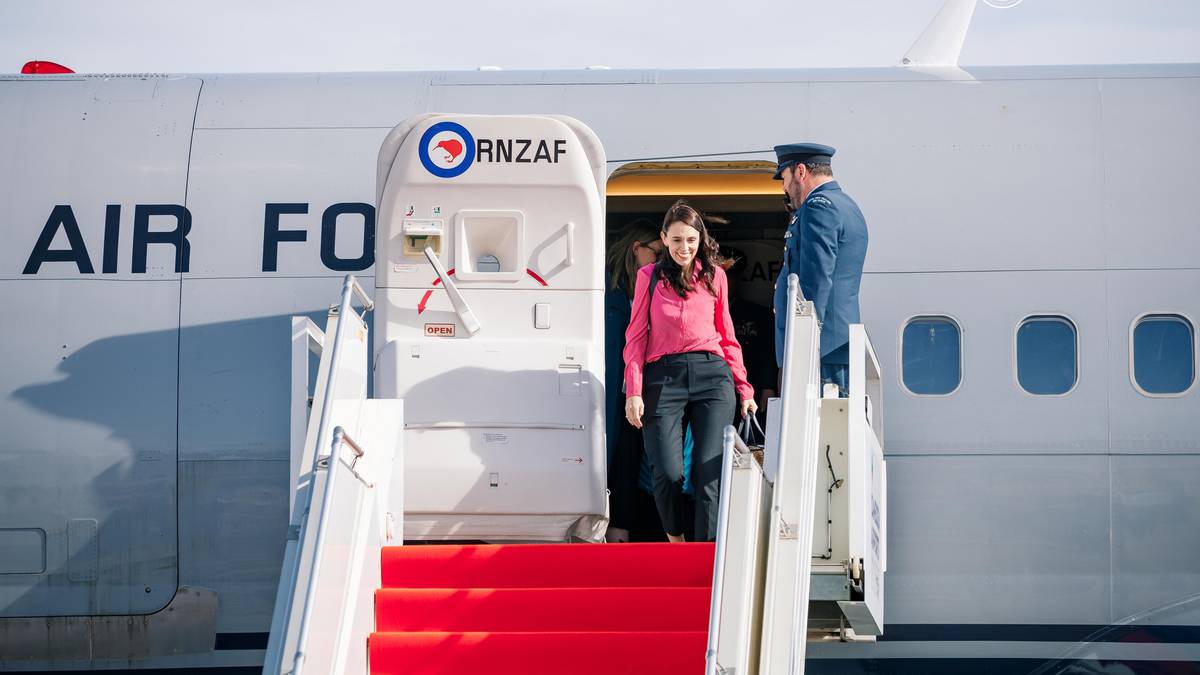 Ministers will be put on a travel diet after the post-Covid spike in the cost of travel saw the ministers’ taxpayer-funded international travel bill top $1 million in one quarter for the first time ever.

The latest release of MPs’ and Ministers’ expenses showed ministers notched up $1.280 million in international travel in the three months from July to September.

Of that, $329,000 was spent by Prime Minister Jacinda Ardern on a series of trips, including to Europe, to the UK for the Queens’ funeral, and to the United States to visit the White House, and back again for the UN. Ardern had $137,000 in for the quarter before that.

Ardern said the high costs reflected the “significantly higher” cost of airfares both internationally and domestically now than before Covid-19, partly because there were now fewer options for travel on many routes. She said she tried to use Defense Force planes where possible to keep costs down, including for the delegations traveling with her.

Ardern has a heavy travel schedule in 2022 to make up for lost time during the Covid-19 border closures, and promote New Zealand’s reopening overseas.

She has done five trade delegations and attended major summits, saying it was important to connect with international businesses and other leaders face-to-face. However, she also acknowledged it was at a time of a cost-of-living crisis.

“While we stand by the importance and success of those trade missions and our wider reconnecting work, we absolutely acknowledge the impact the global cost of living crisis is having on airfares.

We monitor travel expenses on an ongoing basis to ensure they are within assigned budgets.”

International trips by ministers require the Prime Minister’s approval and it is understood that ministers are now having travel requests rejected after a decision to allow only travel to key international summits or events, other than by the foreign and trade ministers.

In the last quarter, only three of the 26 ministers did not have international travel expenses: David Clark, Priyanca Radhakrishnan and Green Party co-leader Marama Davidson. Foreign Minister Nanaia Mahuta had $104,432 while Megan Woods had $68,220.

Ardern’s $329,000 is the most spent by one minister in a quarter since the expense releases began in 2009: overtaking Trade Minister Damien O’Connor, who recorded $313,201 in the April to June quarter.

After the trade blitz, O’Connor’s own travel has subsided – he had $148,592 in the latest quarter.

Ardern used the Air Force Boeing on her most recent trip to Cambodia, Vietnam and Thailand for the East Asia Summit and Apec summit.

The cost and lack of flight options also saw her catch a ride with Canada’s Prime Minister Justin Trudeau from London to New York after the Queen’s funeral while the rest of her delegation, including Clarke Gayford, traveled back to Australia on Australia PM Anthony Albanese’s plane.

Of the domestic travel and accommodation expenses, Kieran McAnulty’s first three months as a minister saw him rack up the biggest bill of all ministers – $41,318. He spent more than the Prime Minister on the Crown cars and vans used by ministers, courtesy of a road trip to visit local councils.

McAnulty’s Crown vehicle bill came to $18,734 for the three-month period, slightly higher than Ardern’s $18,299. Most ministers were under $10,000 and National leader Christopher Luxon spent $12,682 on the Crown cars.

McAnulty was appointed emergency management minister and associate local government minister in June and immediately went on a road trip to visit all local councils – part of a charm offensive to rebuild relations after the Three Waters controversy.

McAnulty said he had traveled in the Crown vans with officials and staff traveling with him rather than using separate cars to try to keep transport costs down.