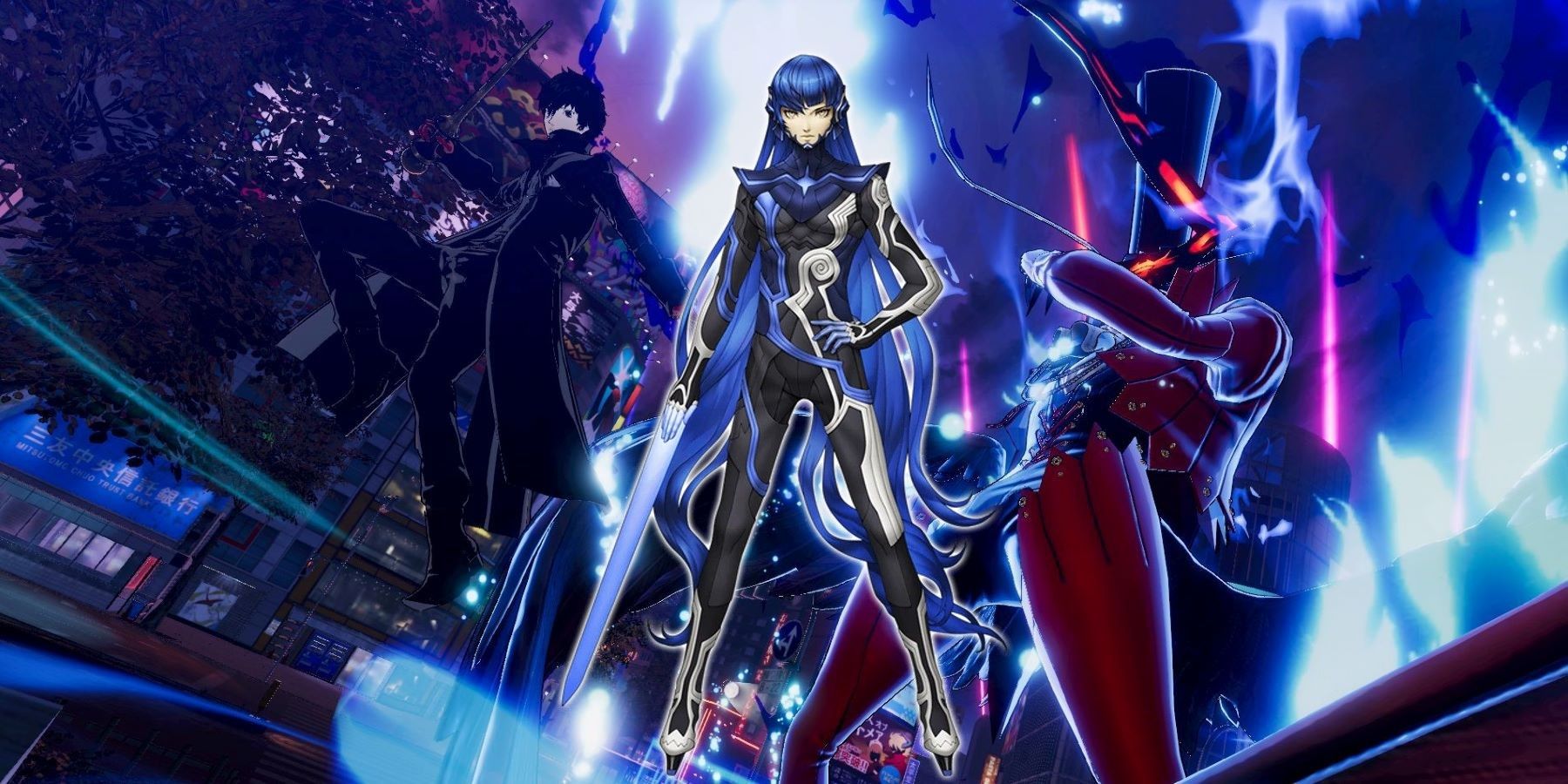 The Shin Megami Tensei series has seen a bit of a resurgence in recent years with the release of Shin Megami 3: Nocturne HD Remaster and Shin Megami Tensei 5. This success can be partially attributed to many new players trying out the series after falling in love with it Persona games. As the series moves forward, it would be wise to capitalize on the success of Persona and look towards creating a spin-off in the style of Persona 5 Strikers. Functioning as a direct sequel to Persona 5, Persona 5 Strikers follows a new story involving the Phantom Thieves, only this time the gameplay is that of a hack-and-slash, Musou-style game.

GAMERANT VIDEO OF THE DAY

Shin Megami Tensei is a prime candidate to receive the Musou treatment. Persona 5 Strikers showed how a turn-based RPG with a large cast of characters could successfully translate into this style of game. With a long history of spin-offs and side games, the Shin Megami Tensei series has a massive cast to pull from. The demon-summoning mechanic the series is known for parallels the Persona-collecting mechanic of Persona 5 Strikers and has worked well as an interesting twist on the genre in the case of the latter. With the popularity of other Musou games like Hyrule Warriors: Age of Calamity and Fire Emblem Warriors: Three Hopesnow is the perfect time to give Shin Megami Tensei an action-packed crossover series.

When Persona 5 Strikers was first announced, many fans were curious as to how a turn-based RPG is like Persona 5 would work as a hack-and-slash action game. The result was quite well received as levels retained the exploration and light puzzle-solving aspect of Persona 5‘s Palaces, and the incorporation of Persona collecting was a natural fit. Combat still retained some elements of turn-based gameplay, such as having battles pause while the player chooses a Persona’s skill from a menu, but these elements never ended up breaking the flow of the action-based combat.

Persona 5 Strikers also allowed players to control other members of the Phantom Thieves directly both in and out of battle for the first time. This was a welcome feature made possible by having a diverse cast of characters who each had their own play style. The ability to fuse Personas to create new ones was another welcome mechanic returning from the main series. Allowing players to swap between Personas as Joker and switch out playable party members on the fly helped keep combat fresh and add some depth and strategy to the gameplay.

Fans of the Persona series may not realize that the Shin Megami Tensei games extend as far back as 1987 with the release of the Japan-exclusive Digital Devil Story: Megami Tensei that marked the first entry in the series. Since then, the series has received a multitude of spin-offs and side games alongside mainline releases. The Persona games—along with the Devil Summoner and Soul Hacker games—make up just a portion of the games in the series. With many of these games only ever reaching a somewhat niche audience, a crossover game would give them the chance to introduce their characters to a larger crowd of players and inspire many to go back and play the original games.

Characters like Raidou Kuzunoha from the Devil Summoner series, the Demi-Fiend from Shin Megami Tensei 3: Nocturneand the Nahobino from Shin Megami Tensei 5 would all make great playable characters. Including more recent characters like Joker from Persona 5 and Ringo from Soul Hackers 2 would help round out representation and add some characters recognizable to a wider audience. There are even more potential characters too numerous to list that would make excellent additions to the roster. All of these characters have the power to summon demons (or Personas) in their own canon, making the possibility of collecting, fusing, and wielding demons a universal trait and a cornerstone for the game.

RELATED: The Case for Persona 4 Strikers

Megami Tensei Already has a Precedent for In-Universe Crossovers

This series is no stranger to crossovers between its mainline and spin-off games. The Persona Q games are the first that come to mind, featuring the cast of Persona 3 and Persona 4 crossing over in the first game, and adding the crew from Persona 5 into the mix in its sequel.

A series crossover also makes sense within the in-universe lore. Most Shin Megami Tensei games feature worlds colliding, causing angels and demons to be able to enter the human realm. It wouldn’t be out of the question for a multiverse crossover to occur, causing characters from other worlds within the Shin Megami Tensei universe to unite against a cataclysmic event. From a lore perspective, it arguably makes more sense for characters to crossover here than the explanations given for the phenomena in Hyrule Warriors or Fire Emblem Warriors.

Given the tendency for Shin Megami Tensei to have silent protagonists, it would be interesting to see them fully voice acted alongside the rest of the voiced cast. The Persona Q games added some voice acting for the otherwise silent protagonists from Persona 3 and Persona 4, so it is possible for Atlus and Omega Force to do so again for another spin-off title. All of the elements for a love letter to fans of the Shin Megami Tensei series are there, and with the success of Persona 5 Strikersthe groundwork has already been laid for another Musou-style game.

Persona 5 Strikers is available now for PC, PS4, and Switch.