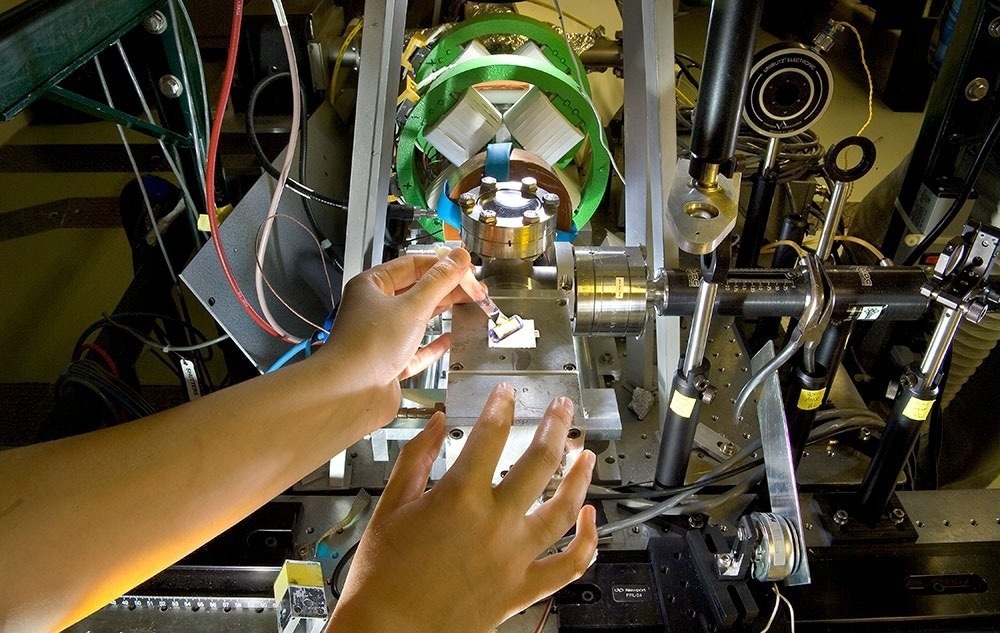 Researchers at the Brookhaven National Laboratory of the US Department of Energy (DOE) assisted in assessing how unpaired electrons in atoms at one end of a molecule can affect chemical reactivity on the molecule’s other side.

This work, carried out in collaboration with Princeton University, is described in a study that was recently published in the Journal of the American Chemical Society. It demonstrates how molecules containing these “free radicals” could be used in a completely new class of reactions.

Most reactions involving free radicals take place at the site of the unpaired electron.

The Princeton team had mastered using free radicals in numerous synthetic processes, including the recycling of polymers. However, they have questioned whether free radicals might also affect the reactivity of other molecule regions by luring electrons away from those further-reaching regions.

Bird added, “Our measurements show that these radicals can exert powerful ‘electron-withdrawing’ effects that make other parts of the molecule more reactive.“

The Princeton team showed how that long-distance pull could get past energy barriers and combine molecules that would not normally react with one another, possibly opening the door to a new method of synthesizing organic molecules.

The study made use of the combined resources of a DOE Energy Frontier Research Center (EFRC) directed by Princeton that is concerned with Bio-Inspired Light Escalated Chemistry (BioLEC).

Leading experts in synthetic chemistry are working together with organizations that have cutting-edge spectroscopic methods for studying reactions. Recently, it received funding for an additional four years.

This project is an example of how BioLEC’s combined expertise enabled the team to quantify an important physical property of these radical species, which in turn allowed us to design the resulting synthetic methodology.

The main contribution of the Brookhaven team is a procedure called pulse radiolysis, which is only practiced at Brookhaven and one other location in the United States.

“We use the Laser Electron Accelerator Facility (LEAF)—part of the Accelerator Center for Energy Research (ACER) in Brookhaven’s Chemistry Division—to generate intense high-energy electron pulses. These pulses allow us to add or subtract electrons from molecules to make reactive species that might be difficult to make using other techniques, including short-lived reaction intermediates. With this technique, we can step into one part of a reaction and monitor what happensBird further added.

The team created molecules with oxygen-centered radicals using pulse radiolysis for the current study, and then they observed the “electron-withdrawing” effects on the opposite side of the molecule.

By observing how much oxygen on the opposite side attracts protons, positively charged ions sloshing around in solution, they could measure the electron pull. According to Bird, the stronger the radical’s pull, the more acidic the solution must be in order for protons to bind to the molecule.

The Brookhaven researchers discovered that a high acidity was required for proton capture, indicating that the oxygen radical was a very potent electron-withdrawing group. The Princeton team was thrilled to hear that.

They then showed that it was possible to use the “electron-withdrawing” effect of oxygen radicals by modifying typically chemically inert portions of molecules to become more reactive.

Bird further stated, “The oxygen radical induces a transient ‘polarity reversal’ within the molecule—causing electrons that normally want to remain on that distant side to move toward the radical to make the ‘far’ side more reactive.“

These discoveries made it possible to create more complex phenol products using a novel substitution reaction on phenol-based starting materials.

“This is a great example of how our technique of pulse radiolysis can be applied to cutting-edge scientific problems. We were delighted to host an excellent graduate student, Nick Shin, from the Knowles group for this collaboration. We look forward to more collaborative projects in this second phase of BioLEC and seeing what new problems we can explore using pulse radiolysis,” added Bird.

The DOE Office of Science (BES) provided funding for the EFRC at Princeton and Brookhaven Lab’s participation in this project. The National Institutes of Health provided additional funding to Princeton for the synthesis work.

The US Department of Energy’s Office of Science provides funding to Brookhaven National Laboratory. The Office of Science is tackling some of the most important problems of current times and is the largest single supporter of basic research in the physical sciences in the United States.