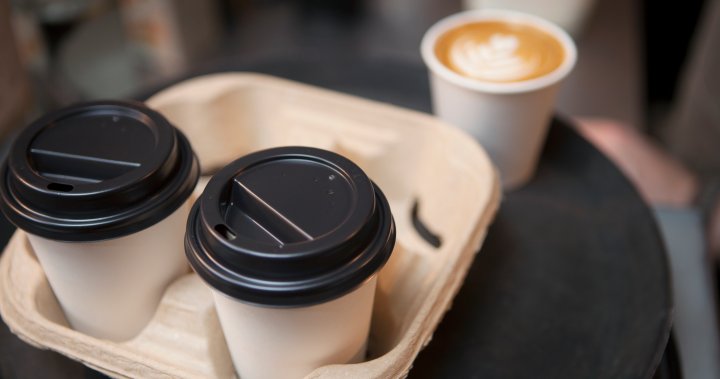 Sim made the comments during his first ‘state of the city’ address to the Greater Vancouver Board of Trade on Tuesday.

“Everyone here in Vancouver loves the environment, but we can make a distinction between things that are pragmatic and not,” Sim said.

“What we’ve heard from the business community and residents is that the cup fee just isn’t working, that it’s punitive. So that’s why we’re committed to getting rid of the cup fee by this summer.”

Sim’s ABC Vancouver party holds a majority on the council, ensuring it should have little trouble repealing the fee.

2:06 a.m
City of Vancouver stays the course on single use cup fee


Vancouver implemented the changes to its License Bylaw on Jan. 1, 2022 which banned the use of plastic shopping bags and required businesses to charge a 25 cent fee for disposable cups and 15 cents for paper bags.

Because the city does not have the power to implement sales taxes, money from the fees goes to the business, not the government. Businesses were encouraged to use the money to switch to reusable alternatives to single-use items.

The fees immediately proved controversial, with some critics arguing that they amounted to a windfall for large chain businesses, and others saying the fees discriminated against low-income and homeless people.

3:12 a.m
Is the City of Vancouver’s single-use cup fee a cash grab?


Council later moved to exempt free drinks and meals or those purchased with a voucher from the fee to address some of those concerns.

It was not immediately clear if Sim’s plan extended to the bylaw’s bag fee provisions. The federal government rolled out its own ban on plastic grocery bags last month.

Earth’s core might now be spinning in the opposite direction, study finds

Sim maintained his ABC would also listen to other perspectives on the issue.

“We’re not going to stretch it out two, four years and write a report about it. We’re going to file a motion, we’re going to debate it,” he said.

“We’ll have a very open mind. If someone can convince us why it makes sense to still have the cup tax there, we’re all ears. But if people can’t provide that argument and why it is truly a benefit to the environment, we’re going to get rid of it.”

According to the city, people in Vancouver threw out more than 82 million single-use cups and 89 million plastic bags in 2018 alone.

The city estimates the cost to collect and dispose of those items runs at about $2.5 million per year, and says many end up in the landfill.