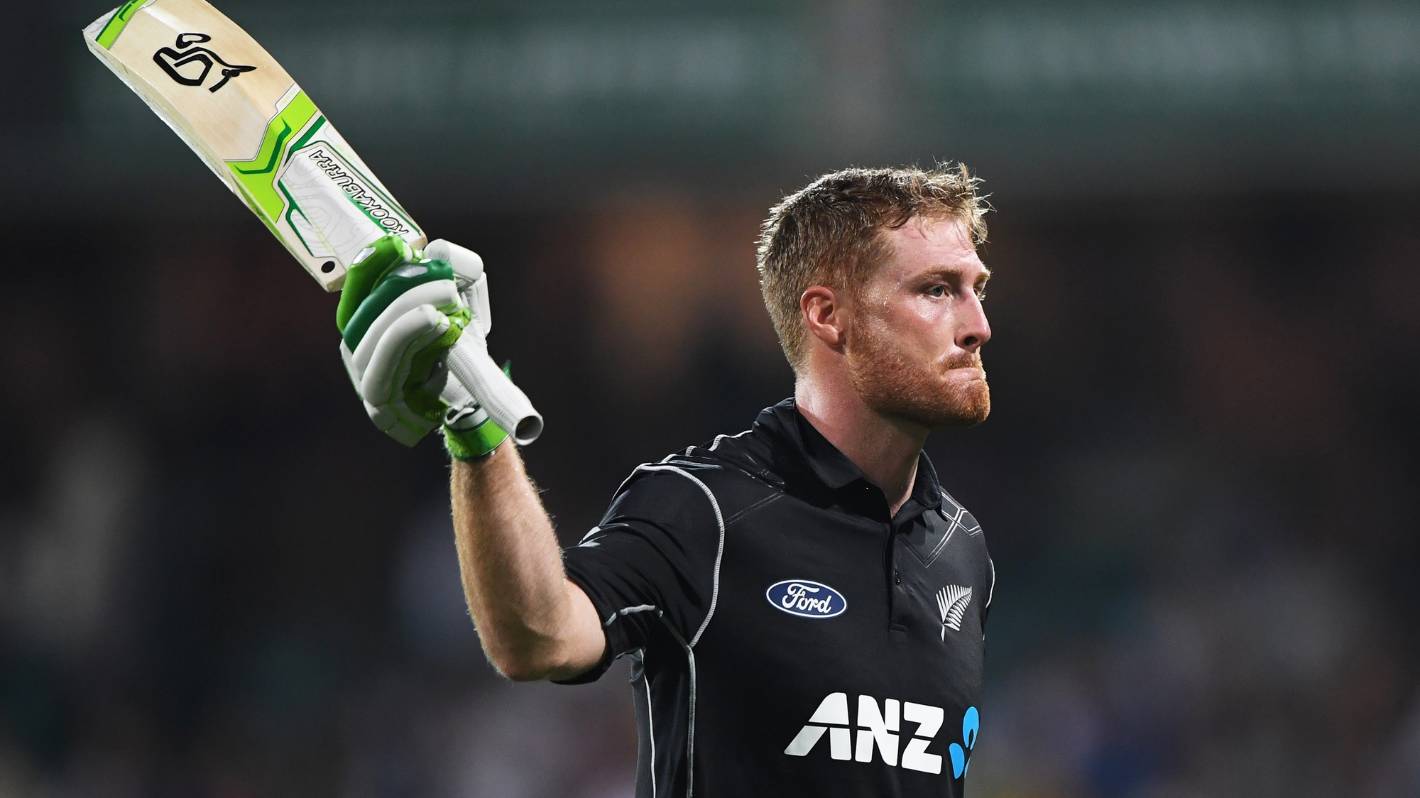 Martin Guptill’s chances of adding to his 198 Black Caps ODI caps look slim, after he was dropped ahead of their series against India.

Would Kane Williamson prefer Martin Guptill was in the Black Caps squad for their one-day international series against India, starting on Friday in Auckland?

The world was none the wiser after his pre-series press conference on Thursday afternoon, where he was asked twice to share his opinion on the dropping of the veteran opener.

Guptill has since sought and was granted a release from his New Zealand Cricket contract and although the 36-year-old remains available for selection, his chances of adding to his 198 ODI caps look slim.

Williamson was full of praise for Guptill when first asked whether he would have preferred him to have been included in the squad to face India, picked by coach Gary Stead and selector Gavin Larsen and announced last Tuesday.

“He’s made a decision to explore a few other options, but as a player and as an experienced member of the group, he’s added so much value over the years and been one of our best white-ball players ever.

“Even in the T20 World Cup, without getting a playing opportunity, he was outstanding at offering [help] to all the players in the group. He’s been fantastic in so many areas of the environment.

“[He] absolutely will be missed, but he is not retired, so there’s a lot to keep working through over the next period to get a real feel for how the picture looks.”

Pressed for his opinion on Guptill’s place in the ODI setup, with the next Cricket World Cup in India next October and November now less than a year away, Williamson was not forthcoming.

“We’ve had a number of conversations about a lot of players, as we always do when we look at series and consider different factors in terms of guys getting experience and bringing players through.

“We’re always having those discussions.”

Guptill’s omission from the ODI squad to face India came at the same time as his omission from the T20 squad for the series the visitors won 1-0 earlier this week, but his absence from the shorter format was signposted by the fact that he didn’ t play at the recent World Cup in Australia.

Finn Allen was preferred to Guptill for the last ODI the Black Caps played, against Australia in Cairns in early September, and having taken his place in the T20 side, with mixed results, he is now set to take his place in the 50-over team as well, opening alongside Devon Conway.

Guptill was averaging 34.91 across his 12 ODIs in 2022, although most of those matches were against cricketing minnows Bangladesh, Ireland, Netherlands and Scotland. In his last five innings, in the West Indies and Australia, he had made 24, 3, 57, 6 and 2.

Allen has only played eight ODIs since making his debut against Ireland in July and is averaging 38.5. In his two outings in the West Indies he made 96 and 3 and in his one against Australia he made 35.

The 23-year-old announced himself on the international stage last month when he made 42 off 16 balls in the Black Caps’ T20 World Cup win over Australia at the Sydney Cricket Ground.

But since then he has made a total of 56 runs off 41 balls across six innings in the game’s shortest format, and if his struggles continue in the ODI series against India, there are sure to be questions as to whether Guptill has been dispensed with too soon.

Guptill’s performances in India over the years have not matched those in other parts of the world, which is likely part of the reason Stead and Larsen have moved on from him, while Allen is clearly a player with plenty of potential, even if he is going through a challenging period at the moment.

Williamson also wouldn’t weigh in on whether Allen was under pressure as a result of the decisions taken around the Black Caps opening position.

“In cricket you’re always going through different experiences and you get taught a number of different lessons.

“As a young player, Finn’s got an incredible amount of talent, we’ve all seen that, and he’s continuing to learn as well.”

Williamson has returned to the Black Caps camp after missing the third T20 against India in Napier on Tuesday due to a pre-arranged medical appointmentwhich he said was “nothing serious”.