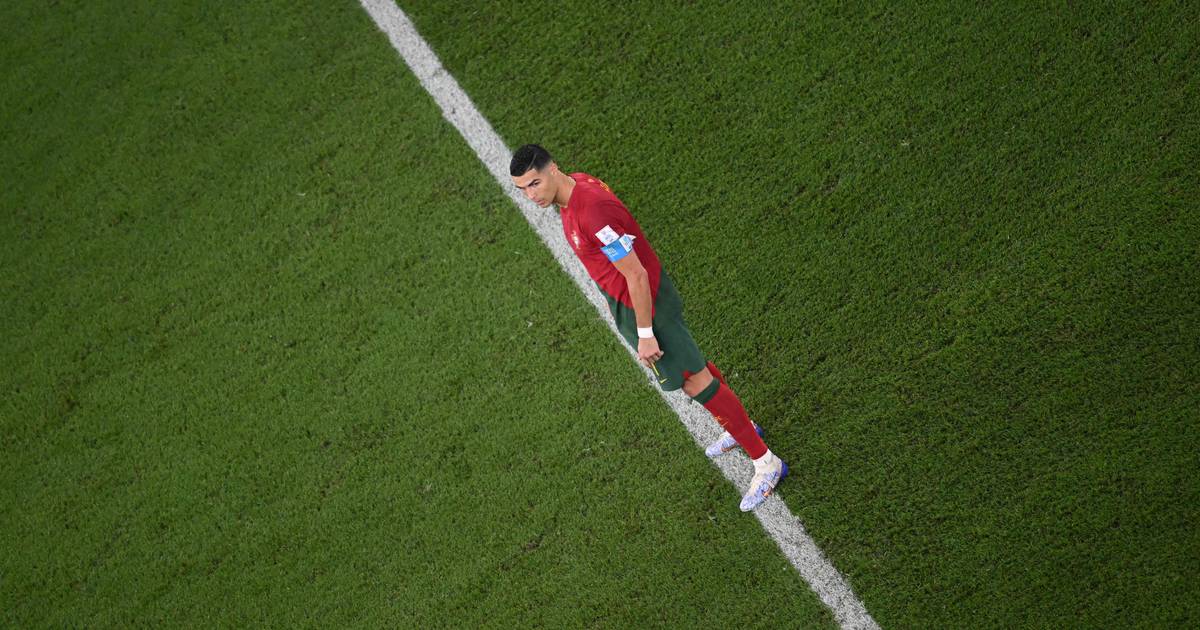 Day Five and people were still being mean to Gary Neville after he’d told ITV viewers that “Spain have no goals in them” just before they scored seven, a reminder that this punditry lark, while it might seem like a breeze to us folk on the couch, is no cakewalk.

The early starts for the pundits based in our part of the planet can’t be easy either, which might have been why Devin Koyle referred to “Rayne Wooney” during a chat on RTÉ about Ristiano Conaldo and his belief that Wooney was jealous of him because he was “better looking”.

This, Kevin reckoned, was all very silly, and Sichie Radlier did not disagree, although he was more focused on a less than swashbuckling performance by Cameroon in their 1-0 defeat by Switzerland – a victory for the neutrals, if you like.

Richie mentioned that Samuel Eto’o, president of Cameroon’s FA, had revealed that Paul Biya, president of the country, had demanded that Rigobert Song be appointed national manager back in February, which he said was akin to Michael D telling the FAI who they should choose as gaffer.

Kev didn’t have a huge issue with that, pointing out that Michael D knows his football, although him only allowing Galway United players to represent Ireland and changing the national anthem to N17 would, you’d imagine, be problematic.

The scoreless draw between Uruguay and South Korea did not raise spirits, Kev suggesting that the South Americans “looked their age”, an unholy barb in the direction of Diego Godín and Luis Suárez (71 combined) in particular, Kev’s assessment of Suárez’s performance especially harsh: “He looked like he was carrying around a bag of spuds.”

The clash of Ronaldo (+10) and Ghana had more promise, although promise it failed to deliver on for the first 65 minutes, during which the most entertaining part of the encounter was Ally McCoist regaling his ITV colleague Jon Champion with the story of how he managed to lose his Qatari phone six hours after receiving it. “I didn’t even take it out of the box,” he said.

But the game concluded with five goals, so that took Ally’s mind off his loss, the first of them scored from a penalty by you-know-who, or an “unemployment statistic”, as Champion somewhat rudely described him.

We were actually quite lucky to be able to see the next four goals, the director of the telly pics evidently having told his camera people to pick out Ronaldo every 4.2 seconds, and then show slo-mo replays of each of his significant contributions to the game, eg when he scratched his left ear lobe.

Roy Keane had wished Ronaldo only the best – “hopefully he’ll shut a few people up, all the idiots out there criticizing him” – so Graeme Souness and Joe Cole, conscious that Roy would possibly remove their heads if they dared question the unemployment statistic’s recent actions, went easy on the fella.

It’s as well Roy wasn’t on the Beeb the previous night.

Gary Lineker: “Would you take him at Burnley?”

Vincent Kompany: “We need players who can run.”

But then he won and scored a penalty and even if you’d have been, like, ‘earth to VAR?’, he became the first player to score in five World Cups, so, look it, siuuuuuu.

Mark pointed out to Joe that he had scored for England three days after Ronaldo scored his first for Portugal, so in terms of history, there was a “connection” there. “Eh,” said Joe, “that’s nice”, while Graeme and Roy’s faces said, not to be rude, WTF?

Ghana almost equalized at the death when Portugal’s goalkeeper Diogo Costa had a mare, not noticing Inaki Williams right behind him when he put the ball down, but he got away with it. The coverage concluded with a slo-mo of Ronaldo consoling a shell-shocked Costa, before scratching his left ear lobe – his own, not Costa’s – and beaming with relief. Job done. Even if he doesn’t currently have one.