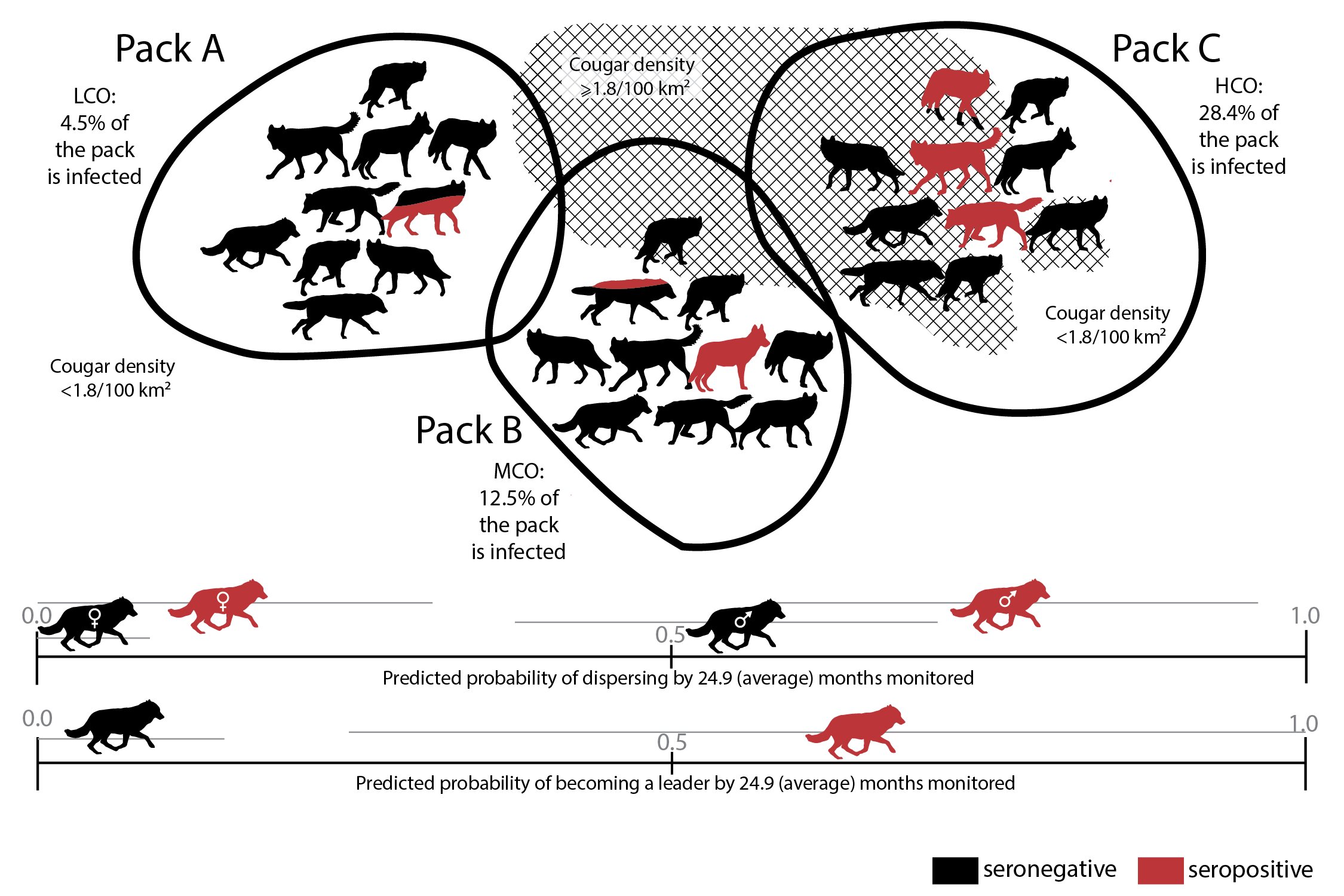 A team of researchers with the Yellowstone Wolf Project at the Yellowstone Center for Resources, in Yellowstone National Park, in Wyoming, has found that wolves in the park who become infected with Toxoplasma gondii, a common parasite, are much more likely to become leaders of their pack. In their study, reported in the journal Communications Biologythe group analyzed data from studies of wolves in the park over a 26-year period.

T. gondii is an obligate parasite that infects the protozoa in cells of infected animals. Such infections are known as toxoplasmosis, and they occur in almost all warm-blooded animals, including humans. Prior research has shown that in most cases, symptoms are few, through there is some evidence that suggests that they can lead to an increase in erratic or aggressive behavior.

In this new effort, the researchers wondered what kind of impact T. gondii infections might have on wild wolves. To find out, they conducted an extensive study of wolves living in Yellowstone National Park.

The work involved studying data from blood samples taken from over 200 wolves living in the park over the years 1995–2020, while looking for evidence of infection. The researchers also looked at the notes made by research observers to learn more about any behavior changes that might have been evident in the wolves.

Citation: Wolves infected with a common parasite may be much more likely to become pack leaders (2022, November 25) retrieved 25 November 2022 from https://phys.org/news/2022-11-wolves-infected-common-parasite-leaders .html