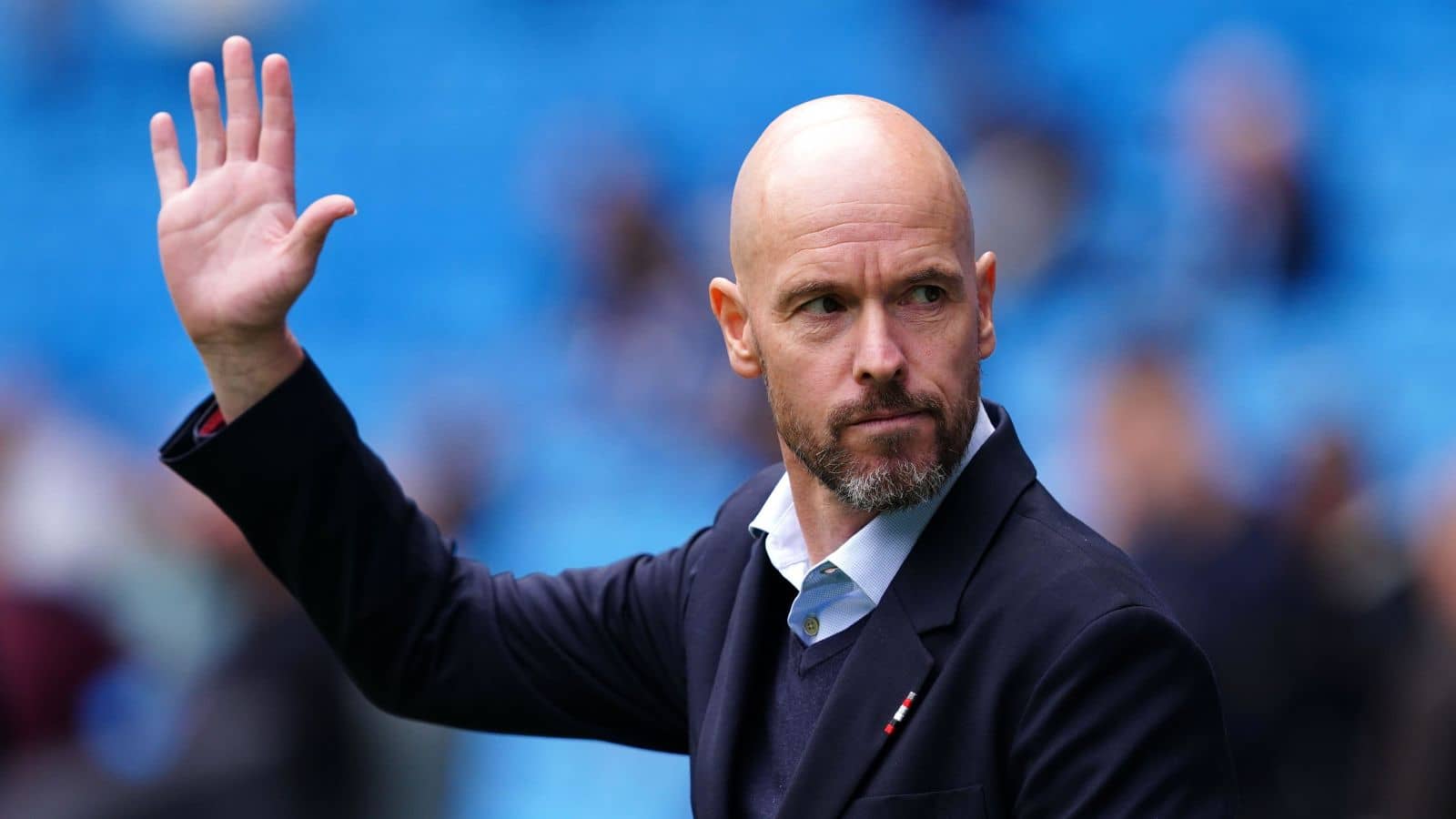 Manchester United reportedly already know the man they want to succeed Erik ten Hag in the hotseat if the Dutchman does not make satisfactory progress in his first season at Old Trafford.

Ten Hag was the man chosen by the United hierarchy as the man to revive their fortunes after a dismal season last time. Indeed, the Red Devlips labored to a sixth-place finish with Ole Gunnar Solskjaer running out of steam and Ralf Rangnick failing to reawaken them from their slumbers.

The Dutchman has a very tough rebuild on his hands, with several stars departing Old Trafford over the summer. As such, he was allowed to spend some £216m on six new players as his revolution got underway.

To be fair, the early signs have been very promising. Victories over Liverpool, Tottenham and Arsenal have rekindled the belief that United are on the way back. However, humblings at Aston Villa, Brentford and Manchester City illustrate there is still plenty of work to be done.

The United boss is also giving serious thought to his goalkeeping department with David De Gea’s deal expiring in the summer.

TEAMtalk recently revealed that a number of options are under consideration, including a Spanish keeper shining in the Prem.

Indeed, what happens next in the window could have a serious bearing on how the rest of the season plays out at Old Trafford.

However, Ten Hag will be expected to reach the top four this season. And while Arsenal and Manchester City look to have the top two places in the bag, the battle for fourth will likely go all the way. As it stands, Newcastle and Tottenham sit third and fourth. But United in fifth and Chelsea, now down in eighth, will also have top-four expectations.

Another route open to Ten Hag is via the Europa League with the winners also securing entry to the Champions League. Next in wait lies a mouth-watering test against Barcelona.

And while handed a three-year deal at United, with the option of a fourth year, United chiefs will want and need to see evidence of progress.

Furthermore, and like any well-run club, the club also has eyes on a potential successor should the need ever arise.

With that in mind, AS claims United are keeping a close watch on Luis Enrique’s situation with Spain.

The 52-year-old coach of La Furia Roja will be out of contract after the World Cup. And while an extension cannot be ruled out, Enrique is reportedly keen to return to club football.

As such, he may choose to walk away from the Spanish national side once their World Cup adventure is over.

To that end, the Spanish newspaper has outlined two possible next destinations for Enrique: United and Atletico Madrid. Of the pair, a move to Atleti looks most likely given the pressure current boss Diego Simeone is under.

The Argentine is a hugely popular figure at the Wanda Metropolitano, but finds himself under unfamiliar pressure this season. His side finished bottom of their Champions League group to crash out of Europe altogether.

And Atletico are also fifth in LaLiga, and also sit a distant 13 points off table-toppers Barcelona. A failure to finish in the top four could be catastrophic to his future.

For now, however, Enrique’s focus will be on pushing for glory in Qatar with Spain. And his side got off to the best possible start with a comprehensive win over Costa Rica in their opener.

But further down the line a return to club management will certainly tempt him. He won successive LaLiga titles with Barcelona in 2014/15 and 2015/16, as well as the Champions Leagvue trophy in 2015.

United had him on their radar prior to the appointment of Ten Hag, but ultimately opted for the Dutchman. However, as we have seen all too often in football, things can change very quickly and very few managers can rest easily in their jobs.